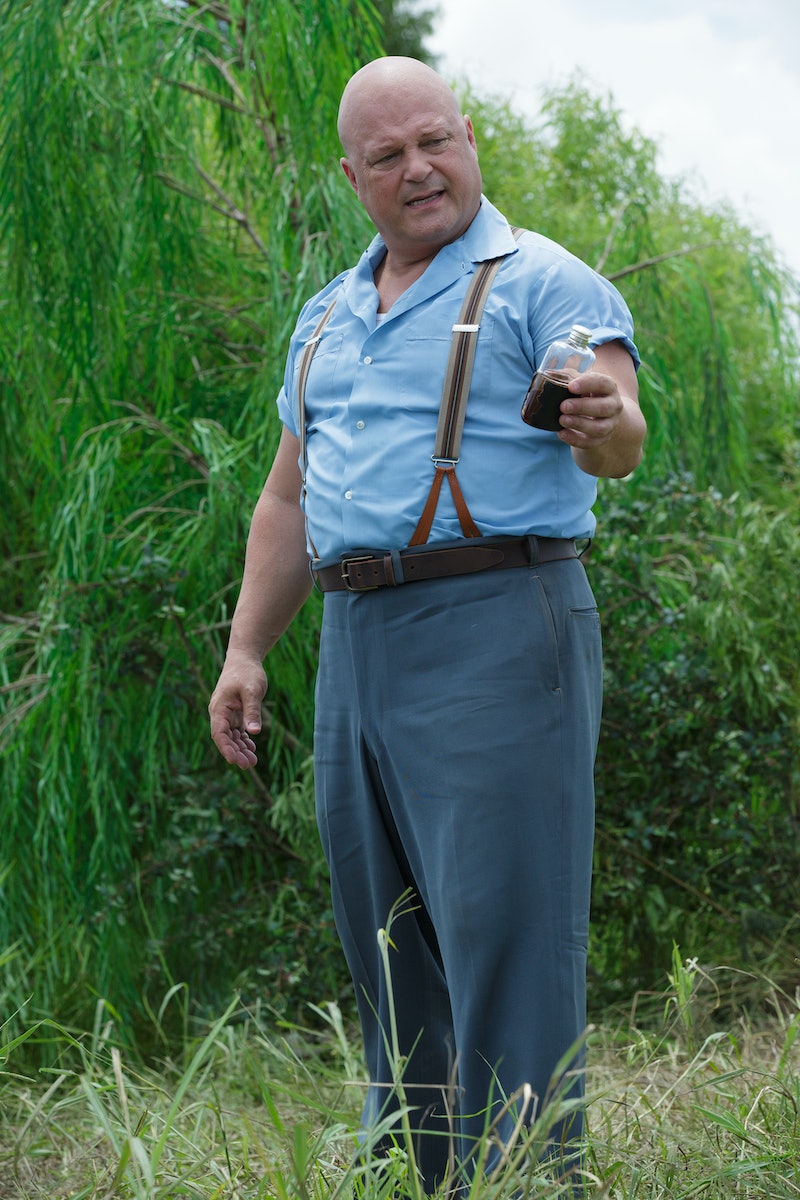 You may have suspected this already, but Wednesday night's American Horror Story: Freak Show episode confirmed the fact that Dell is definitely gay, and unfortunately, he feels that it is his most "freakish" quality. Deciding to shirk his sideshow duties, we find Dell at a men's strip club talking to none other than an extra handsome looking Matt Bomer, who has apparently been satisfying Dell's sexual cravings for the past month or so. Bomer's character, Andy, is a male escort, you see. And Dell hates that he has other customers other than him because he's developed some deep feelings for Andy — even love.

But just when I was starting to like Dell and his sentimental honesty for a change, he had to go and call himself a freak for being gay. Not cool, dude. Not cool at all. So it's pretty much official now, Dell remains to be the absolute WORST. However, he wasn't the only familiar face we saw at the strip club. Believe it or not, Dandy Mott was there as well, and he seemed to have eyes for Andy. Or, at least that's how it appeared. (Who could blame him, right?) But does that mean Dandy is gay too? Not necessarily.

Earlier in the episode, Dandy admits that he's incapable of loving someone. And while having sex with someone doesn't have to be an act of love, as we all know, it's highly possible that Dandy doesn't just lack desires emotionally, but physical as well. He may even be asexual given that the most physical contact we've seen him make with someone is when he told Andy to strip down for him... right before stabbing him to death. (Not exactly romantic, amirite? Also, RIP Matt Bomer. You will be missed.)

It's too bad Dandy doesn't seem to crave companionship, though. Because if Dell ever finds out he's the one responsible for his lover's demise, something tells me Dandy's going to wish he had some back up against this rather strong man.