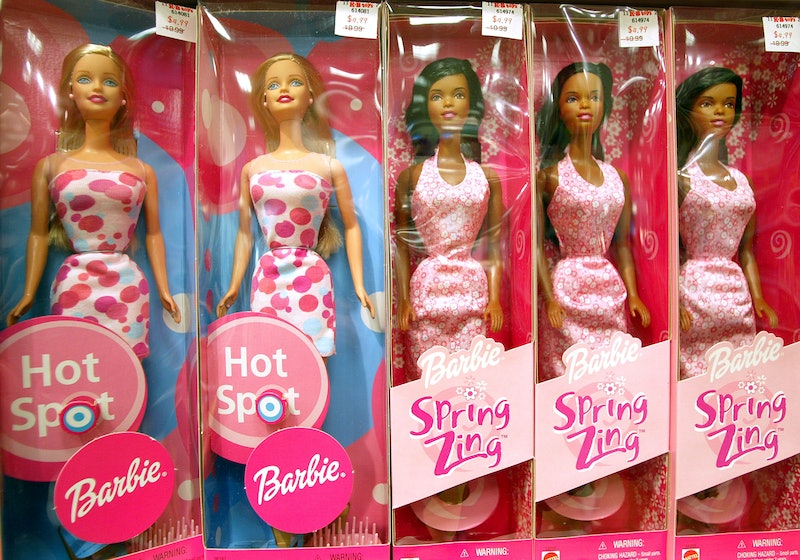 Step aside, Barbie — There's a new toy for girls to play with this year. Instead of reinforcing unattainable beauty standards, the new GoldieBlox action figure is designed to inspire girls to be engineers. That's right: the toy company whose goal is to "get girls building" unveiled their action figure for girls with an Orwellian girl-power commercial. Goldieblox, you may remember from last year, is a toy company with a mission: to mass-produce "inventor" toys to get girls interested in science, technology, engineering, and math (STEM) fields. It's no secret that in academia, and especially STEM fields, women are still woefully underrepresented, and according to the GoldieBlox website, one of the many factors behind this is the lack of support for little girls interested in the subjects. With their toys providing girls the chance to develop this interest, GoldieBlox hopes to inspire a new generation of female engineers — and judging from their sales, at the very least they're inspiring a generation of parents to buy their toys.The secret to their success, at least in part, lies in their genius ad campaigns. Their first commercial, featuring a Rube Goldberg "Princess Machine," garnered more than 2 million views online, along with the adoration of most of the feminist blogosphere at the time, for its girl-power message and ironic use of the hideously misogynistic Beastie Boys song "Girls." Their next commercial adorably spoofed the "This Is Your Brain on Drugs" PSAs, complete with using an egg as a stand-in for your brain on princess toys. And now, the latest in their ad campaigns has aired, just in time for your Christmas shopping list.

The commercial, set to Metric's fantastic "Help I'm Alive," depicts a Big Brother-esque world in which zombie-like girls wait in line for Barbie dolls to the repeated refrain of "You are beauty, and beauty is perfection." That is, until one brave girl sparks a revolution, with the help of GoldieBlox, of course.GoldieBlox has come under some criticism since the fervor surrounding its first advertisement, with claims that it continues to uphold gender division in toys. The toys come in pastel colors, and by virtue of the fact that it's marketed solely toward girls, some believe that it's merely enforcing the traditional, gendered dichotomy of toys. One of its toy sets also follows the princess storyline, ironically enough, and while it subverts the traditional narrative, it does beg the question: why would a company so loudly anti-princess culture have a princess toy at all? However you may feel about the implications of GoldieBlox, you can't deny that their ads are genius. And who knows? Maybe the heroine of "GoldieBlox vs. the Big Sister Machine" will remind a little girl this year that despite what other commercials say, she doesn't have to stick to the pink section of the store. Even if GoldieBlox isn't going to single-handedly change gender roles in toys, I'd say that makes it pretty important.