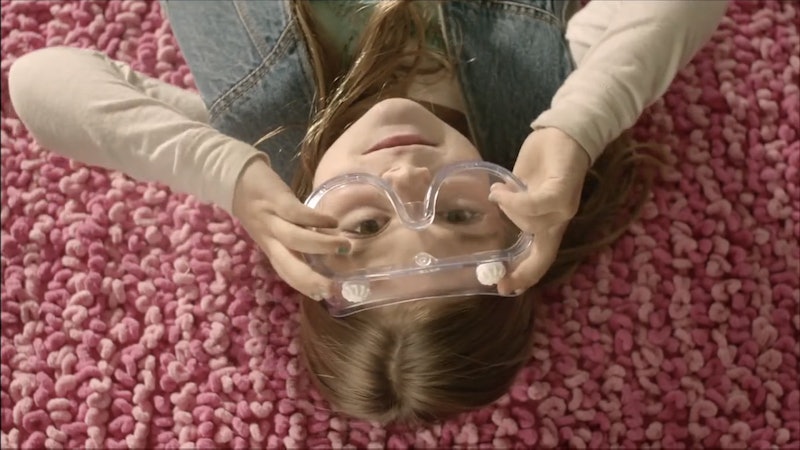 Earlier this year, to relatively little fanfare, toy company GoldieBlox kicked off production in Oakland, California. The company's CEO, Debbie Sterling, launched GoldieBlox in 2012 with the aim of mass-producing "inventor" toys for girls: with women making up a tiny fraction of the tech sector, Sterling decided, young girls deserved more encouragement to build and construct their own "inventions." GoldieBlox's line of interactive games and books is designed to spark engineering interest in little girls, whom, according to Sterling, are all too often subjected to Barbies, Disney movies, and not a hell lot else. And it looks like the line is set to be a hit: GoldieBlox's latest "Princess Machine" ad is nothing short of PR gold, amassing more than three million hits in two days.

Sterling herself studied engineering at Stanford, and was struck by the stark (and well-established) under-representation of women in engineering. Women make up all of eleven percent of the global engineering population: Twitter's board of directors, for example, has come under fire for being all-white and all-male. The ad is a frontrunner for a Superbowl commercial spot, and Sterling's hoping that the sheer viral success could lead to GoldieBlox toys being stocked in kids' toy stores nationwide, providing a stark alternative to what she calls the "pink aisle."

In the video, three young girls look deathly bored by the flouncy pageant video they're watching. So, they decide to do some serious building instead: Carefully, they construct a giant domino system out of their pink, "girly" toys, ultimately creating a huge Mousetrap-esque contraption that sees the entire "pink aisle" tossed around and half-destroyed.

The accompanying rewritten Beastie Boys song is a nice touch. The original lyrics — "Girls, to do the dishes/Girls, to clean up my room/Girls, to do the laundry" — have been replaced by a troupe of young girls singing: "Girls to build the spaceship/Girls to code the new app/Girls to grow up knowing/they can engineer that."

GoldieBlox has seen phenomenal public success since its outset: Sterling raised funds for the first line of toys on Kickstarter, and more than five thousand donors contributed $286,000. (Sterling had set out to raise just $150,000.)

"I'm creating GoldieBlox to inspire girls the way Legos and Erector sets have inspired boys, for over 100 years, to develop an early interest and skill set in engineering," Sterling wrote on the site. "It's time to motivate our girls to help build our future."

The line features the character Goldie, a blonde child inventor who lives to put things together. After the success of Sterling's Kickstarter project, Toys"R"Us began stocking GoldieBlox products in hundreds of stores. After production kicked off, Sterling and co launched the company's first viral video, and the CEO is preparing to design an entire range of interactive games for wannabe kid engineers.

Soon we'll build it, Obama. Soon we will.