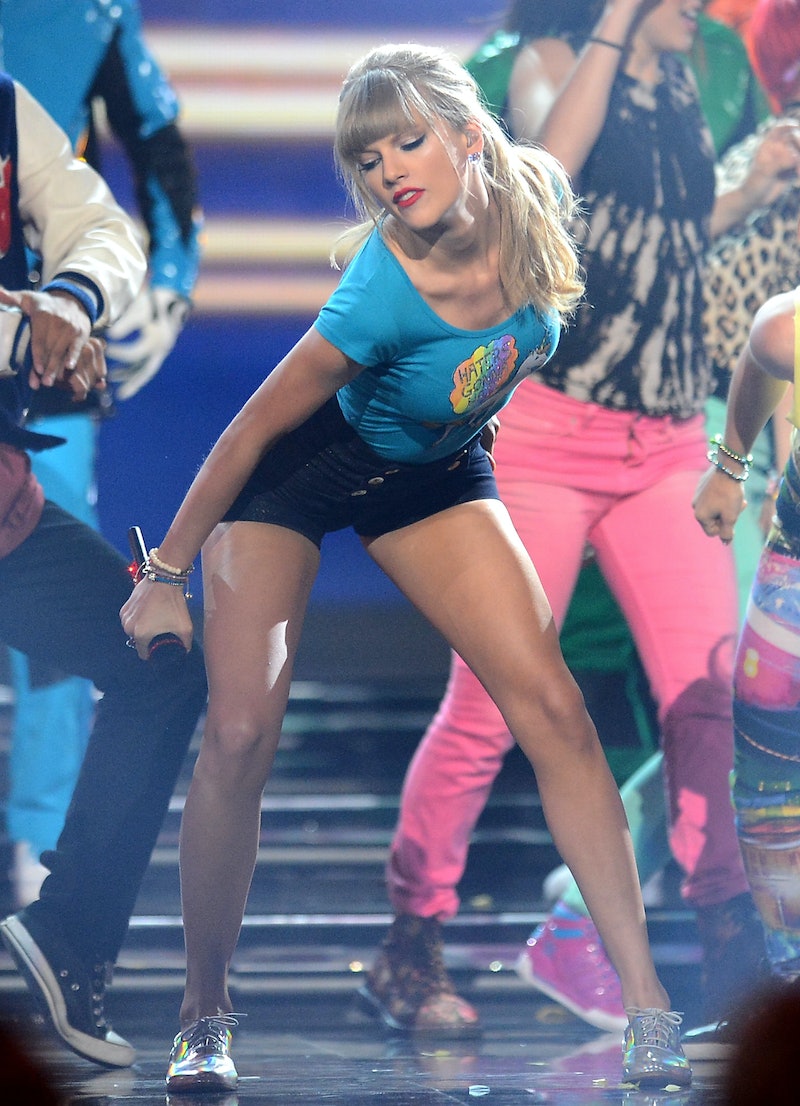 Are you all 1989-ed out yet? Of course you're not. If you think you are, just wait until you see this mashup of Taylor Swift's "Shake It Off" with an '80s aerobic video. Even though T. Swift wasn't born until 1989, this '80s-tastic, spandex-filled production syncs up with her danceable track perfectly. Honestly, this is a dance exercise video, so it's not a traditional workout by any means. On that note, this isn't just ladies in sports bras and high-cut bottoms. The men get their turn, too, even doing a solo where they all flex and strut. That's timed with Swift's rapping part of "Shake It Off," which makes it even more hilarious — especially since none of 'em have hella good hair. Swift may have missed an opportunity to use this as the official music video for the song, although then we wouldn't have been able to see her dance it out in so many different styles.

If you're sitting at your desk right now, be careful about clicking the video below. You're not only going to want to get up and dance, but you'll also be cracking up so hard that people around you will probably think you're insane. But that's OK — the haters gonna hate, hate, hate, hate, hate, so just shake 'em off.