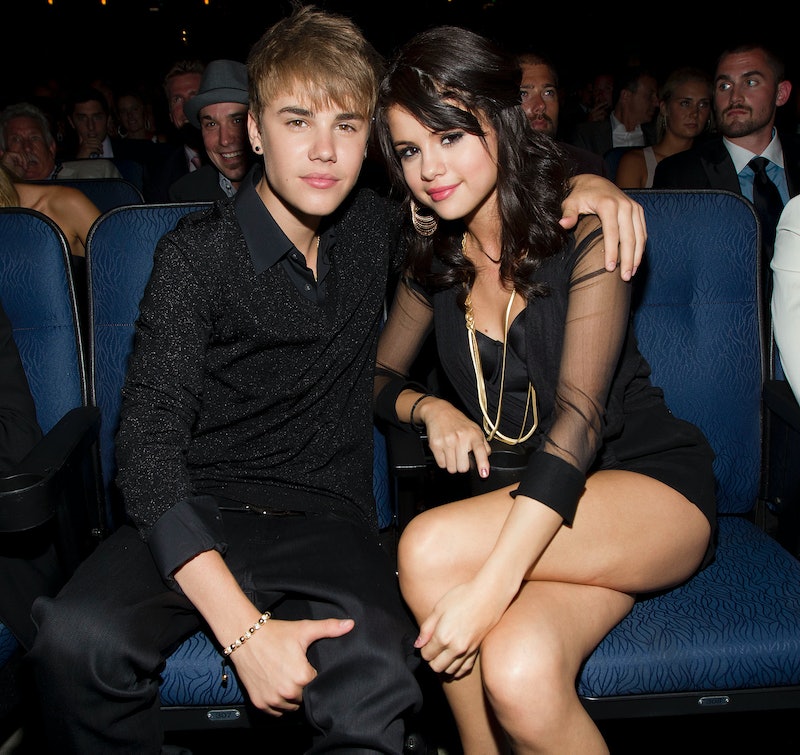 If you haven't yet heard, Selena Gomez released a new single, "The Heart Wants What It Wants," and it seems to shine a dark light on her relationship with Justin Bieber. Despite all of the crypic quotes and lines that are most likely about her on-again, off-again boyfriend, Bieber had something nice to say about the song. While chatting with Ryan Seacrest on Thursday, Gomez opened up about the song and if Bieber likes it or not.

As she told Seacrest,

He thought it was beautiful. I think it was really hard. I think he was a little jealous of the video guy at first. Honestly, music is an expression, and if you will be that voice for these girls, there are some people that feel this. This is universal.

For him to think it's "beautiful" is quite the statement, especially since it sounds like their relationship (she's still remaining mum on if the two are together) is/was a rocky one. You can just hear it in her voice, especially the opening of the video where she's talking and crying. However, she still supports him, no matter what. She revealed, "I support him. I think I always will. I'm upset when he's upset, I'm happy when he's happy. I don't want anything bad ever to happen to him. It hurts me. That's all."

Bieber wasn't the only one to give Gomez feedback on the video and single — so did Gomez's BFF Taylor Swift. Here's what Gomez had to say about that:

She loved it. She's very dramatic and I love her so much. She came over to the house, and I played it. She had headphones in, and she watched the video, and then she just looked at me, then she looked back, and then played it three times over and over again. And I'm like, "I want to know," and she was like, "Oh my God. This is amazing. I'm so excited for you."

Gomez also admitted to going through ups and downs this year, but she's learned from her mistakes. She feels like this was the perfect time to share this meaningful song with the world and is ready to move on from all the drama. She said, "It's the perfect way to end a chapter in a way. This is what I'll say about every single person that has judged me for every decision that I've made, for every person, [and] heart that is being judged for something they've done, and now I just want to release it. I want to keep going and I want to work on things and have all the focus just be on what I love and have fun, and new music, and a new chapter in my life. I'm excited."

You have to give her props for putting it all out on the table.