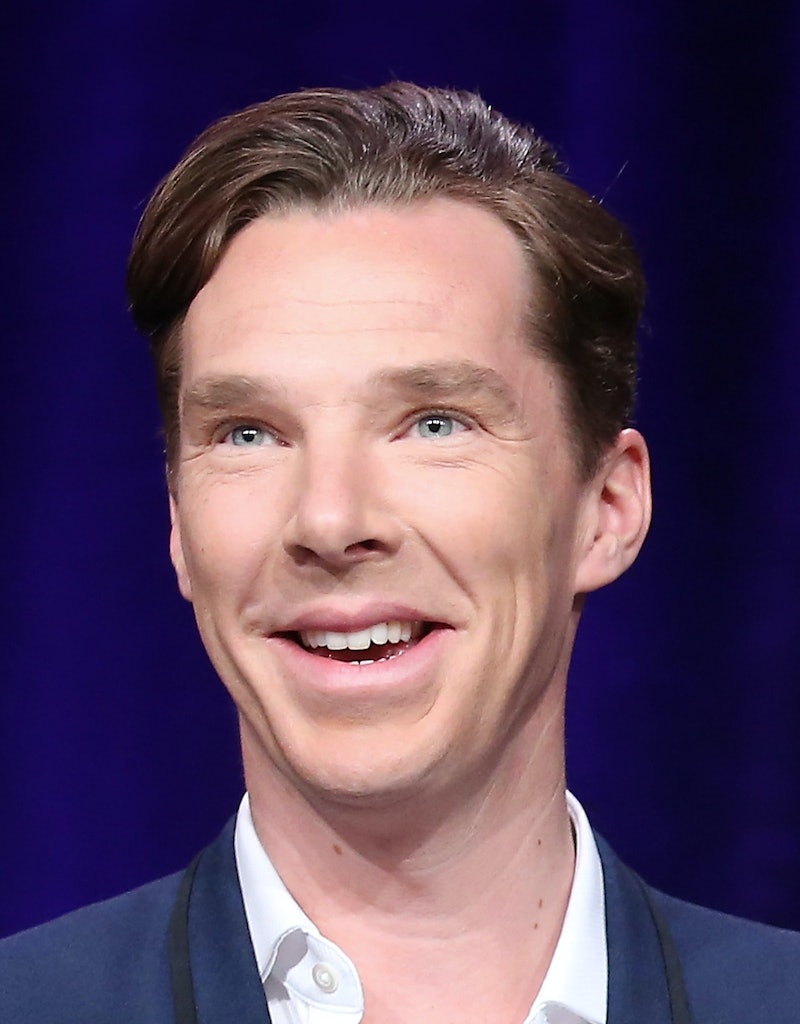 (Update: According to an Us Weekly report on Feb. 13, Benedict Cumberbatch and Sophie Hunter are getting married on Feb. 14, Valentine's Day!)

Perhaps we can glean some clues about their wedding plans from the nature of their relationship. Only one thing about that, though. Cumberbatch and Hunter are uber-private, so we don't really know all too much about them as a couple. Neither party publicly confirmed that they were even dating until they announced their engagement on Nov. 5. That said, we still had big old hunch that they were boyfriend-girlfriend, given the amount of sporting events they've been attending together. The pair of UK thespians initially met in 2010 and struck up a friendship on the set of the film Burlesque Fairytales, but they've supposedly only been dating since June of this year. A rather whirlwind engagement, right? I'd say this sets us up for a shotgun wedding or a spontaneous elopement.

Even if they were supposedly dating for only five or six months, their engagement went down in a super traditional manner. Cumberbatch took a trip to Scotland to ask permission from Hunter's mother for her hand in marriage, according to the Daily Mail. With a betrothal announcement in the births, deaths, and marriages column of The Times of London, complete with their parents names and their towns of origin, they continued their pattern of properness.

This is where I revise my shotgun wedding/eloping theory. Just running off to Vegas would be decidedly déclassé for the "son of Wanda and Timothy Cumberbatch of London." Plus, now the whole city (and let's be real, THE WORLD) knows about the happy occasion, plenty of third-cousins, old friends, and parents' business associates stand to be offended if they don't receive an invitation. I think they're gonna have to plan a big-old shindig, which will take at least a year.

With relatively scant information but plenty of celebrity deductive reasoning skills to spare, let's make a wild conjecture. My bet is that these two are gonna be engaged for about a year, and get married in October/ November of 2015. This'll give them plenty of time to book a reception venue, and put them just at the tail end of wedding season. Until then, you'll find me deliberating over the perfect wedding crasher outfit. I was thinking of going for a feather boa and a nude bodysuit. You know, something different.