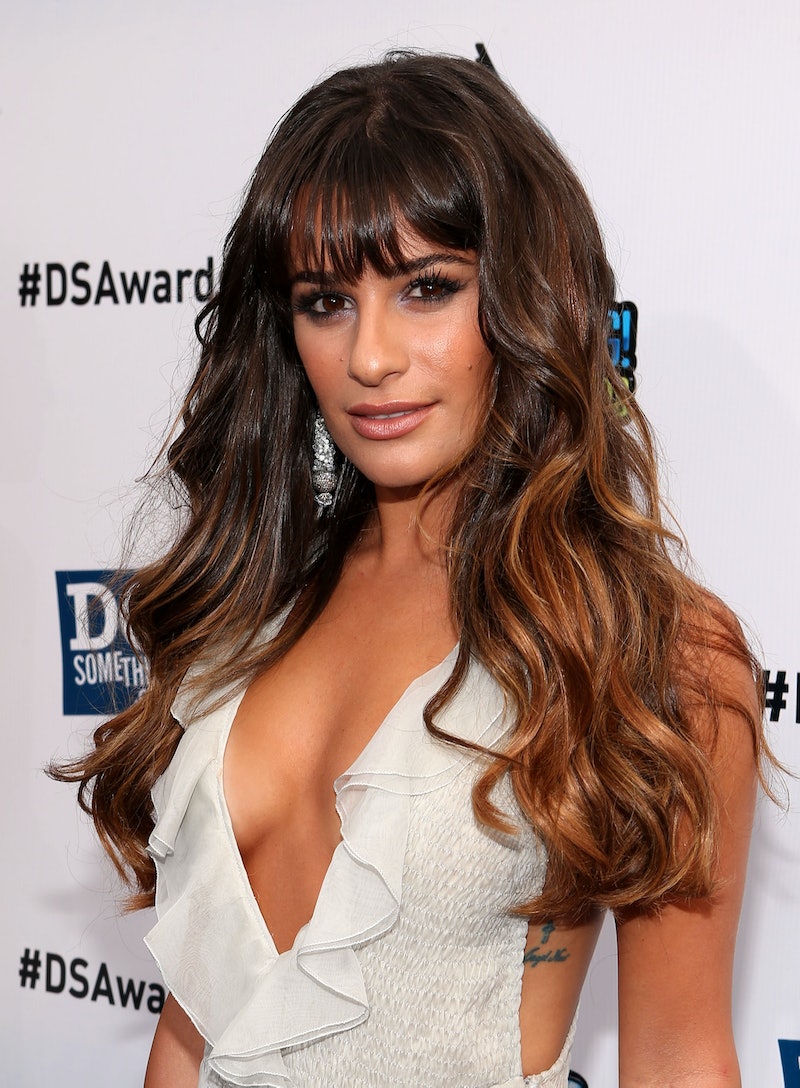 When I think of Lea Michele a few stand out things come to mind: awe inspiring singing, seriously fantastic hair, Glee (obvi), on point selfies, hiking (have you seen her Instagram lately? Girl is a regular Paul Bunyan.) So, it's sort of surprising that the word "tattoo" isn't somehow factored in there. You know, considering last time we checked (or she told us) Lea Michele said that she has 14 tattoos. This means she’s also a magician because she's packed that much ink into her petite frame without rocking the whole Travis Barker look. I mean really, singing, acting, dancing, now magic... there anything you can’t do, Lea?

But, being that there is a whole slew of them, some take precedence over others in way of importance and sentiment. She admittedly just gets some on whim whereas others obviously required more thought or, if not thought, there was at least more heart behind them. Calling to mind the fact that she has a pattern of marking major life and career events with a little ink to commemorate, here are a few of Michele's tattoos I found that appear to be the most heartfelt, or that have the most significant meaning behind them:

GLEE IS LITERALLY FOREVER A PART OF HER

MICHELE ALSO GOT THIS "IMAGINE" TATTOO WITH THE GLEE CAST

"MY ANGEL NOW" WITH A CROSS ABOVE IT, RUMORED TO BE IN HONOR OF HER LATE GRANDFATHER

Note: Though, this Us Weekly article from 2010 claimed the tribute tattoo to her grandfather was in another spot.

"I BELIEVE," A SONG FROM HER BROADWAY MUSICAL, SPRING AWAKENING

A MATCHING TATTOO WITH CORY MONTEITH

AND, PERHAPS THE MOST POIGNANT: "IF YOU SAY SO," WHICH ARE THE LAST WORDS CORY MONTEITH SPOKE TO HER