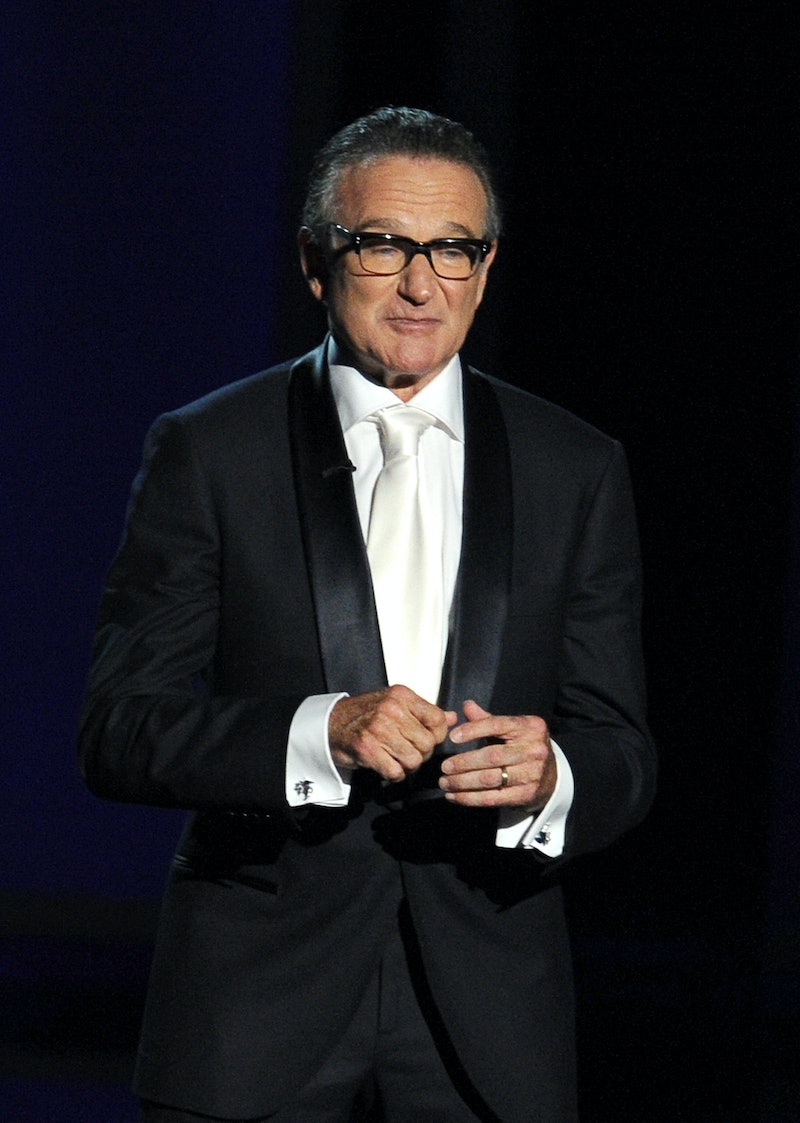 In some more sad news about the comedian we all knew and loved, Robin Williams' death has officially been ruled a suicide, according to the Marin County coroner's report released Friday. Per the report, no alcohol or illegal drugs were found in Williams' system. Instead, the toxicology tests show prescription meds in "therapeutic" concentrations were found, with the cause of death being asphyxia due to hanging, and the manner of death being suicide.

In early August, Williams was found dead by his assistant in his home, hanging by his belt from a close door. He was only 63 when he died. When first announced, most everyone was shocked and saddened to learn of his passing. How could a funny man who always seemed to be smiling and laughing be so depressed and the world not know the extent of it? Ever since his death, Williams' daughter, Zelda, has been speaking out about the importance of mental health awareness and putting an end to the mental illness stigma.

This official ruling had been delayed for quite some time, but upon the report's release, hopefully we can move on and remember Williams for the hilarious man and wonderful actor that he was and will forever be to those who admired him for his work in (what are my favorites) Hook, Jumanji, Mrs. Doubtfire, Dead Poets Society, Aladdin, among many, many others.