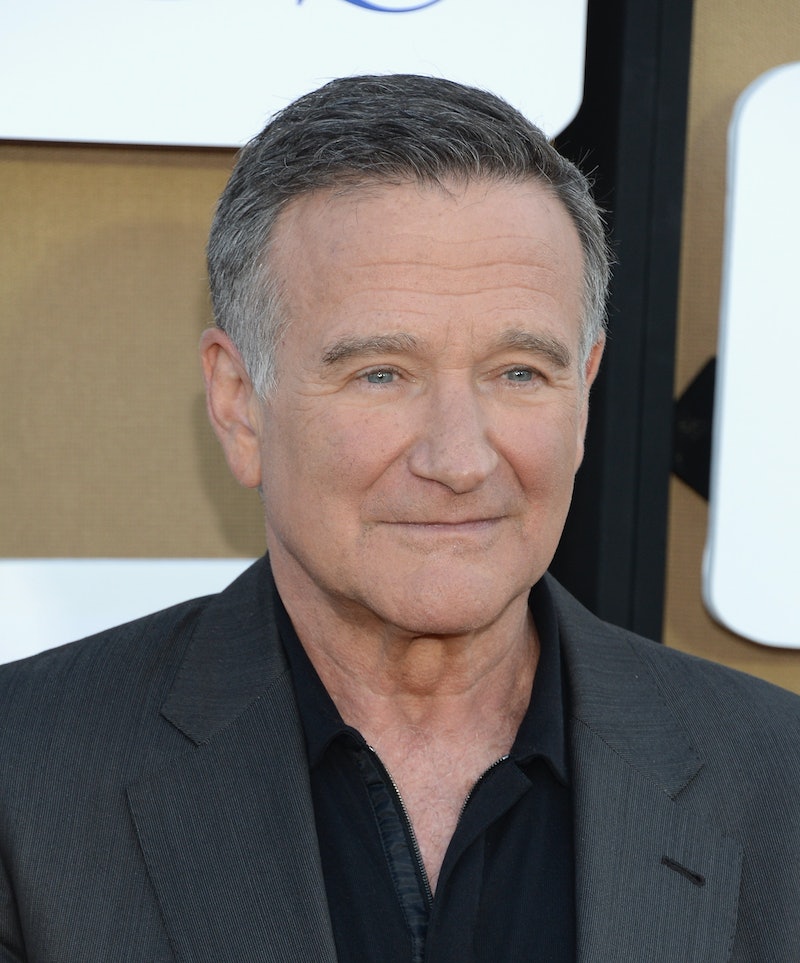 Although Marin County officials originally stated that the autopsy results for Robin Williams would be back Tuesday, an update from The Hollywood Reporter states the autopsy results for Williams' death have been delayed. While there is bound to be a considerable amount of interest in what the report reveals, I'm not so sure that those who remember Williams for his outstanding artistic contributions necessarily need or want anymore details on his death, especially considering the fact that the unfortunate manner in which he died has already been confirmed.

An official statement from Marin County counsel reads, "We originally estimated Sept. 30, 2014 as the date these materials would be complete. However the Coroner's Office is waiting for the scientific testing and analysis to be complete. The estimated date for the completion is Nov. 3, 2014."

Williams' suicide was certainly felt around the world by those who knew him personally, professionally or simply felt a connection with him due to one or several of his popular movie roles. Memories of a final phone call shared by Billy Connolly and a tribute from Ethan Hawke were both equally moving and offered an intimate perspective of the Williams beneath the acting guise. His death also made room for more healthy dialog on suicide (that should certainly continue) allowing people to share how suicide impacted them and define suicide on their own terms, while simultaneously serving as a way to help many people cope with Williams' shocking and sad death.

But now that Williams' family and friends held a memorial service and formally laid him to rest, it seems like the perfect time to continue honoring his memory by focusing on how he made us feel while he was here, instead of poring over more of the details surrounding the sad way in which he left.