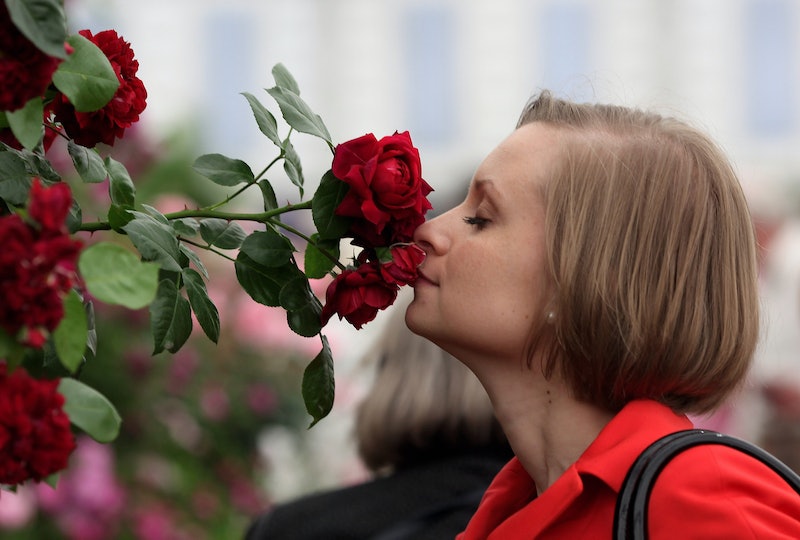 You may have suspected that women have more sensitive noses than men, and you'd be right. But a new study conducted by researchers at the Federal University of Rio de Janeiro in Brazil has finally uncovered the reason why: women have more brain cells in the smelling area of the brain, so women smell things better than men. Known as the "olfactory bulb," this part of the brain is responsible for receiving signals about smells from the nostrils. And women's olfactory bulbs contain about 50 percent more neurons than mens', indicating that women have much more nose power than their male counterparts.

Women's finer senses of smell partially explain observations like women keeping cleaner homes than men, and their being pickier about food. Women choose to wear fragrance more than men, and it seems to be more for themselves than for the benefit of their male partners. It's more difficult to mask a man's natural odor from a woman than it is to mask a woman's natural odor from a man, which is why you can get away with that third-day sweatshirt around him, but his appalls you. Why would women need a better sense of smell, though? Is Mother Nature just torturing us?

Evolutionary biology may provide the answer. As it turns out, sense of smell provides a powerful mechanism for sniffing out the right mate — literally. Women prefer the smells of men with symmetrical features (because yes, symmetry has a scent), and men who exhibit genetic diversity as compared to theirs, because each of these characteristics predicts that the couple's babies will be healthier. So having a super-charged sense of smell really does serve its purpose, even if it does sometimes feel a little inconvenient.

In other words, women's heightened sense of smell may be both a blessing and a curse. That extra-dense cluster of neurons in the olfactory bulb means that we women can choose better mates than otherwise would be possible, but it makes everyday life somewhat less pleasant (as there are so many olfactory landmines in our surroundings). But for now, take a minute to stop and smell the roses (or rose-scented candles), and appreciate what all those men are missing.