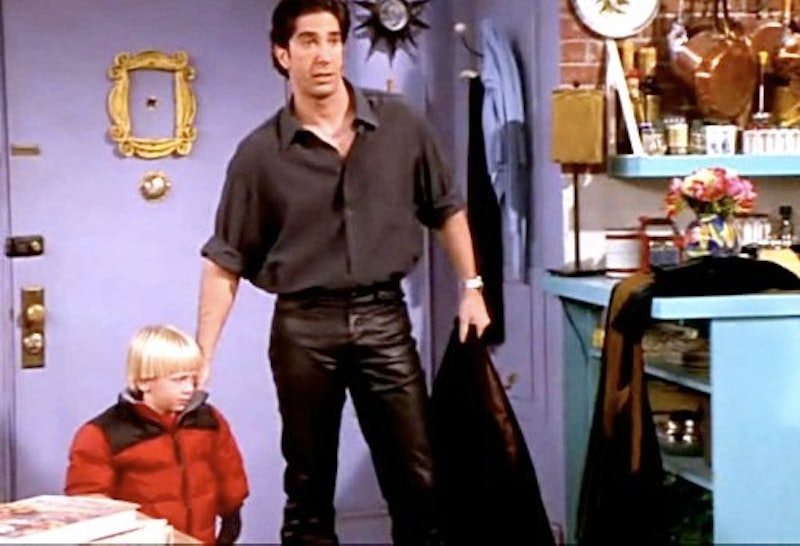 Today in hateful rants, a member of the Governing Body of Jehovah's Witnesses, Anthony Morris III, has given a sermon against tight pants. Yes. Tight pants. The new ISIS. According to Morris, tight pants are designed by "the homosexuals," and if you ask me the first way to tell if someone is a raging, bigoted homophobe is if they put a "the" in front of "homosexuals." In no other context does the world "the" pack quite the "agenda-driven cult" implication punch. So this guy basically thinks tight pants are immodest, inappropriate, does not display soundness of mind and not in the service of God. He actually doesn't provide an argument to support his opinion, he just states that he has one. In the vein of all great arguments, his rationale is simply "it's dumb, God and stuff, don't do it." To women, Morris says:

"Some of our sisters. What it is are these spanx? These skin tight stuff they wear when they exercise, they leave their home and they're jogging in this stuff. Look at the verse. Is that appropriate to wear skin tight spanx or whatever they call it? It's not modest and it's certainly not sound of mind. It's really not appropriate. There's really nothing else to say about it. Now you want to be in your home or your room and wear that stuff that's your business. But don't go out like that and say you worship the true God."

"And the other one that needs addressing is for these young fellas, cause the older ones aren't doing much of it thankfully, is the metrosexual look we've addressed that in the past. What's happened now is that it's really caught on more - the tight suit jacket and the tight pants. Better known as tight pants. They are tight all the way down to the ankles. It's not appropriate. It's not sound of mind."

With the final message being that the homosexuals designing the pants want men to wear them, the implication being, I guess, that gay men are on the prowl for straight blokes and hell-bent on seeing what straight peen looks like swathed in denim. BECAUSE THAT WAS THE BIG GAY PLAN ALL ALONG. PUNK'D!

Morris' congregation laughs the whole way through his speech as though this is some sort of stand up. Clearly, here we have a bunch of morons. I don't want to speak for God the way Morris has, but in my estimation, God would be the sort of dude/dudette who would probably be more concerned with say, humans figuring out how to not kill and rape one another, rather than an acceptable tightness of pants fabric. But hey, that's just me: apparently everyone who actually believes in God insists on making him/her out to be some kind of epic idiot with really misplaced priorities.