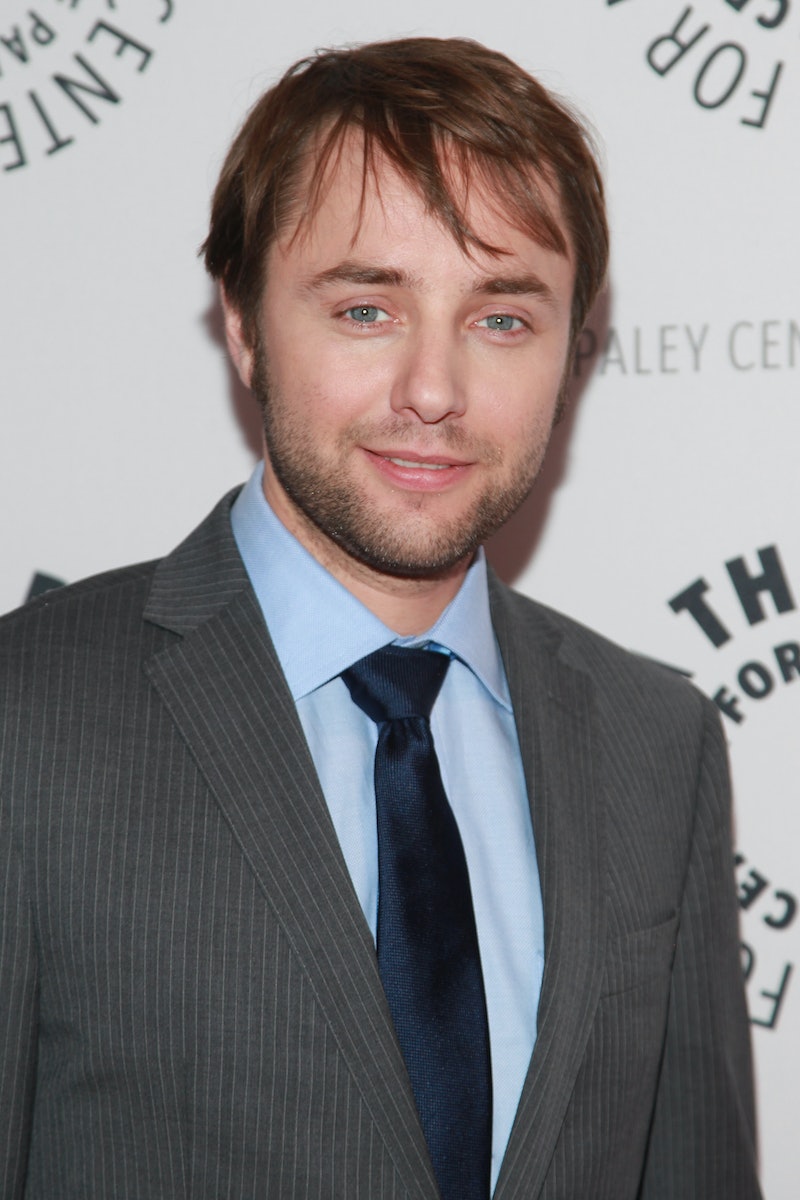 Everyone loves to hate Mad Men's most punchable accounts man Pete Campbell, but what about the actor behind the bitch-face? Besides the fact that he starred in your favorite childhood movie, The Indian in the Cupboard, the public knows little about Vincent Kartheiser, the man who successfully romanced Rory Gilmore herself, Alexis Bledel. But based on various interviews with the actor, one thing's for sure: Lorelai definitely would not approve. Before you settle in to watch Sunday's new episode, take a look at some of the craziest things Kartheiser has said to press about the state of his house, his feelings on women, and, strangely enough, an apparent hatred for people who watch television.

"I think it’s stupid. I wouldn’t even know how to … It just gets into your life. Even if you’re not in it, it gets in your life. A couple of days ago someone was like, 'Hashtag round butt!' And I was like, 'What’s a hashtag? Is it some sort of hash? Like, ‘Tag, you’re it! Haaaaaash!’ And they were like, [yells] 'No! You know! Like, hashtag, man! Hashtag!' And I was like, 'No. I’m a fucking adult.' But apparently hashtag has something to do with Twitser. Twizzler. Twizzler? Is it Twizzler? I love their licorice." —To Vulture

On Why He Doesn't Go to Therapy:

"Because though I like generally to be healthy in my life, I sometimes like to be unhealthy in my thoughts and my actions." —To The Guardian

On Alison Brie in Community:

"I supported her! I remember when it first came out and I saw just a couple of episodes and I told her, 'Hey, you’re really funny in it! You’re really good.' She knows she is a great actress, and I have tons of love for her. She’s a wonderful person. [Whispers.] I don’t really watch TV. I mean, I do, but I don’t watch that kind of TV." —To Vulture

"But now I feel off the grid. I feel that I am not part of the culture. And because I don't have a car I don't really go anywhere to buy things. In fact, I have been in a slow process of selling and giving away everything I own... Like, I don't have a toilet at the moment. My house is just a wooden box. I mean I am planning to get a toilet at some point. But for now I have to go to the neighbours. I threw it all out." --To The Guardian

"Well look, the toilet thing was a complete misunderstanding. How hilarious, how freakin’ blown out of proportion... " —To Vulture

On The Pete Hairline:

"Yeah. I just don’t care. I could give a shit what people think about my hairline. I guess I didn’t think anyone even noticed. None of my family said anything to me about it. I don’t think my friends really watch the Emmys. If they did I would really question my friends. If they were watching the Emmys on a Sunday, I’d be like, “Dude, you really need to go get a life.” — To Salon

Finally, On Television and his Poor Interviewer:

"I watch a lot of real programming. But not scripted stuff. I do watch Mad Men. I watch because my friends are on it."

Vulture: What did you think of this season’s premiere?"I haven’t seen it."

Why not?"Because we were working. We don’t all just get to sit around watching TV."

Me, too."Oh, please. I would kill for your schedule."