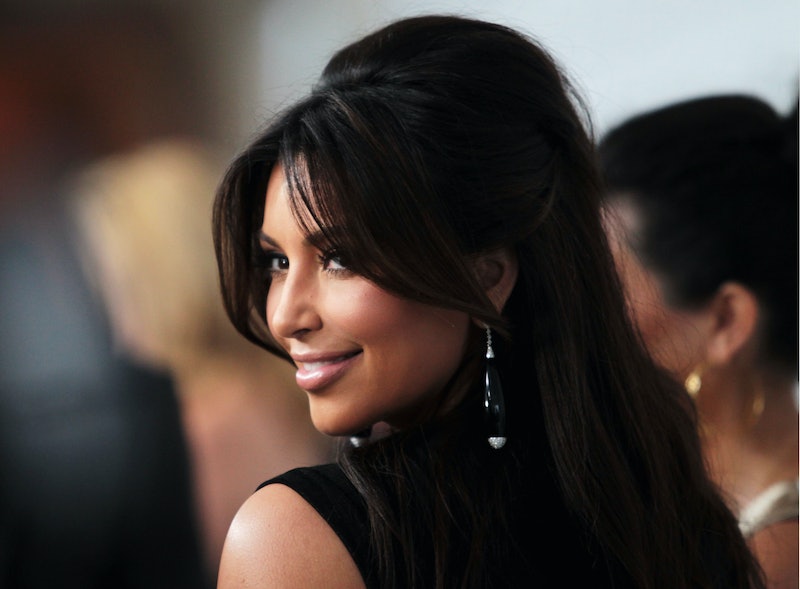 If you've spent any time at all on the Internet this week, you've spent at least a little time thinking about Kim Kardashian's butt. In a valiant attempt to "break the Internet" on Tuesday, Paper Magazine showed off their cover of Kim's butt from behind, all oiled up and basically nude. Now. There are a lot of things that Kim Kardashian does that I would never do, and this is one of them. But the fact that she has the confidence to pose all naked and shiny, showing off her butt on the cover of a magazine is impressive. Regardless of whether you approve of that particular artistic choice, that kind of confidence is enviable.

And by now, it's pretty apparent that Paper succeeded in its mission to break the Internet. Just about everybody has weighed in with their opinion on the cover — including Glee star Naya Rivera — and the response is overwhelmingly negative. This kind of bums me out, because as much as I wouldn't show off my ass, I think it's awesome that Kim did, and I feel like more people should be applauding how majestic it is that she can balance a champagne glass on her booty. I just slipped into the kitchen to find out if I could do the same to no avail. This woman has skill.

As with any "break the Internet" moment, fans and haters alike have flocked to Twitter to broadcast their opinions on the matter, which I've affectionately dubbed Bootygate '14. Let's take a look at what some people are saying:

The "Kim Kardashian is someone's mom" genre of tweets are the ones that piss me off the most. It's as if people expect women to lose all sex appeal once they've birthed their first child. Is it just me, or does that view seem incredibly archaic? UGH. Is it bad that I kind of want Jimmy Kimmel to call Kim up for a special edition of Mean Tweets where she reads these off and then counts the money in her wallet?

And then there are supporters, but not quite so many of them — although I do want to hug both of these women for saying what they did.

Now, if you'll excuse me, I have a few (hundred) squats to do.