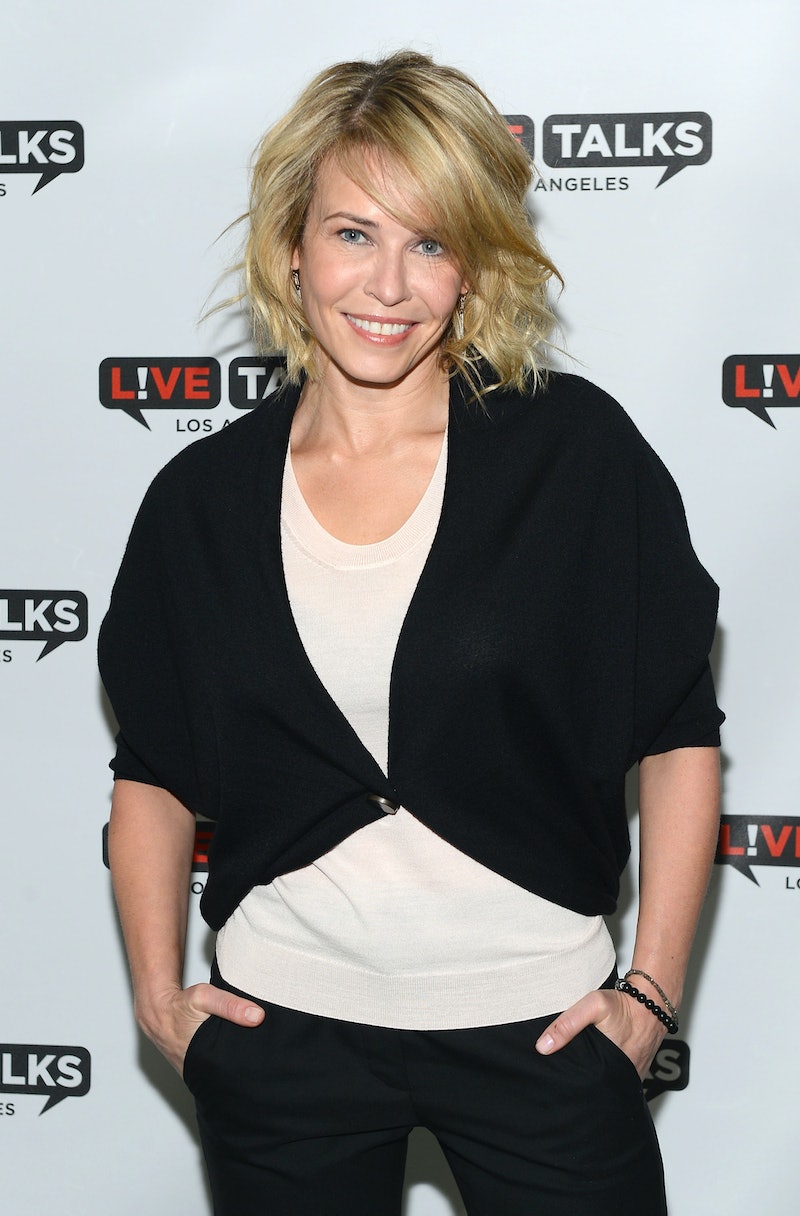 After Kim Kardashian's butt tried to "break the internet" with a seriously NSFW cover of Paper magazine, the internet has been abuzz with plenty of reactions. Among the array of mostly negative comments was a selfie with a side of snark from Chelsea Handler, who recreated Kim's photo in her bathroom. Although she wasn't as oiled-up, she did moon the camera for the side-by-side picture, captioning it with a challenge. "Can you believe more than 2 ass[es] can fit on the same screen? Guess which one's real. Your move, Instagram," Handler wrote.

This is far from the first time that Handler has thrown shade at Kardashians, especially Kim. "She’s not my girl, by the way. She’s more your girl than my girl," she told MTV News in 2011. "Luckily, I don’t work at the [E!] building, so I don’t have to hang out with the Kardashians."

When Handler ended Chelsea Lately on E! to move to Netflix, she told Joel McHale, "This was more a move for me to distance myself from the Kardashians. Everyone knows that." She continued with her fantasy for the crumble of the family's multi-billion-dollar empire, saying, "Wouldn't it be amazing, though, if I did leave and then the whole Kardashian empire just crumbled? In some stroke of crazy irony and happenstance, all of a sudden they just fell apart and then I was a national hero."

This Instagram photo probably won't make any of that happen, but you can check out the picture and then cast your vote in the battle of Kim versus Chelsea.