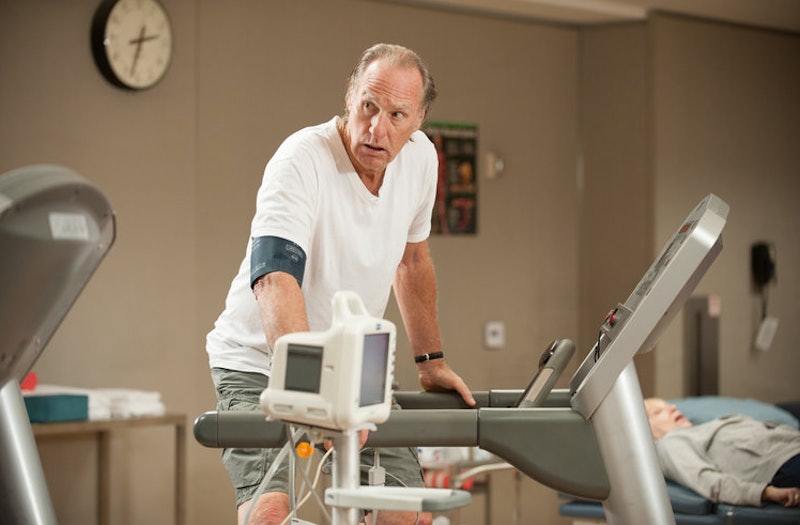 Tuesday I realized that I'd gone two whole Parenthood episodes without being wracked with worry that a character I loved was going to drop dead at any moment. This was a good thing — I got to actually sit back and enjoy the feelz for a while — and also a panic-inducing thing, because what if that meant the death was coming up right now?? Apparently this stress has also been getting to Parenthood patriarch Craig T. Nelson: The Zeek portrayer spoke to E! News recently about the strain of waiting for what could very well be his character's death.

We've had a lot of dialogue about this behind the scenes and there's been some contentiousness. We don't exactly know what it is but the lead up to whatever it is has been so emotional. It's not really good for you. Health-wise, at our age. At mine, I should say. I don't know. I'm not the best to talk to about it. I don't like it. I don't like it.

Hard to say exactly what that contentiousness he mentions is, but there's bound to be some when you're dealing with character death, even if it's the show's last season.

So this isn't exactly Nelson pulling a George R. R. Martin and telling everyone to stop fretting over his eventual death, but it's clear he's not exactly loving the waiting. Same here, Nelson. Same here.

So when do you think Parenthood's Death Season will make its fatal strike?