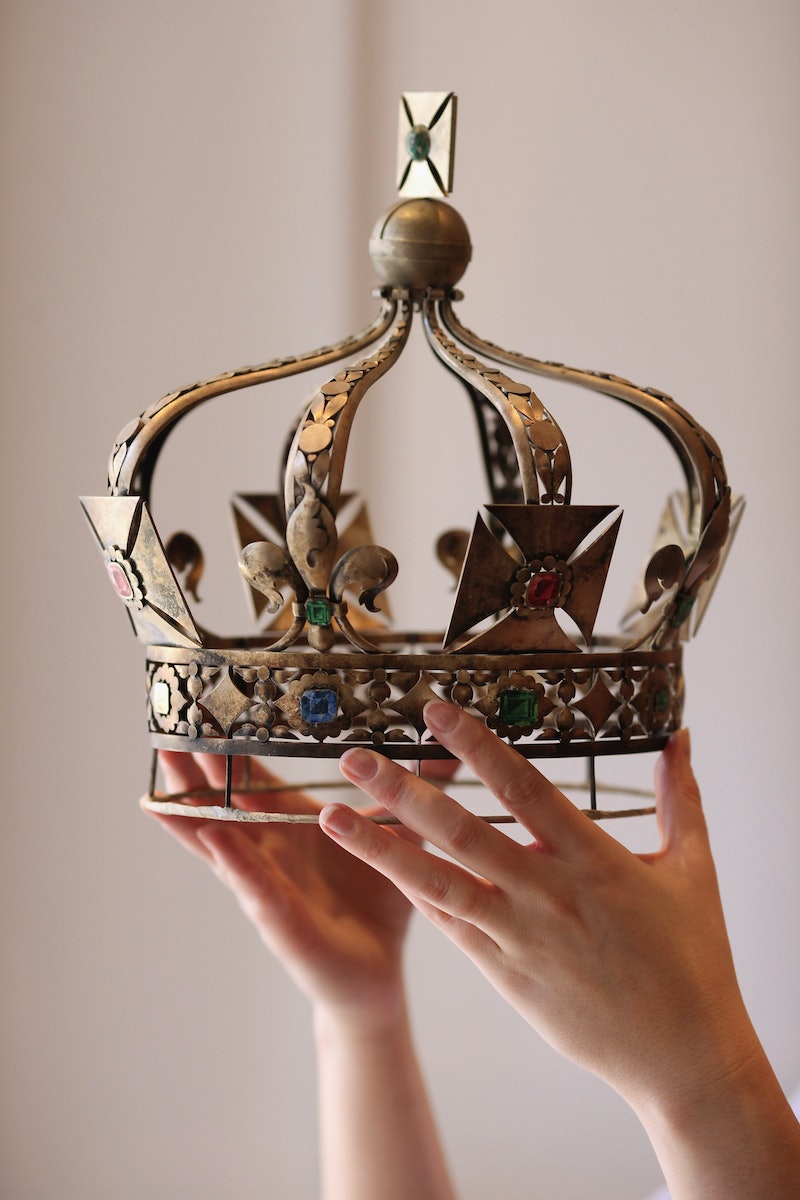 Start dusting off your fancy frocks, for Netflix's next original series is going to be full of royal intrigue and plenty of pomp and circumstance. According to Deadline, the almighty Netflix confirmed that The Crown is set to be released for streaming in 2016. The Peter Morgan-created drama goes inside the reign of Queen Elizabeth II and the world of British politics after World War II. Spanning multiple decades, there will be three actresses who will play the current queen, who was coronated in 1953. Come 2016, Queen Elizabeth will officially be the longest-reigning Monarch in Britain's history, so the date of release for this new series couldn't have been better timed.

The $100 million first season is just 10 episodes long, so expect plenty of lush costumes, incredible locations, and more gold trim than Louis XIV's bathroom. According to Morgan, who also penned the West End play that the show is based on, "The Crown is not only about the royal family but about an empire in decline, a world in disarray and the dawn of a new era.” The series begins with a 25-year-old princess Elizabeth, played by Claire Foy. So far, Elizabeths in the other stages of her life have yet to be cast.

Netflix has certainly worked out its own algorithm with The Crown: The show capitalizes on all of the elements of the most popular dramas — political intrigue (House of Cards), the personal lives of fancy British people (Downton Abbey), and female-driven stories (Orange is the New Black, How to Get Away With Murder, Scandal). Netflix has also keyed in on the British invasion of our pop culture that doesn't seem to be going anywhere any time soon. If the show features the likes of Benedict Cumberbatch or Tom Hiddleston, prepare for the Great Netflix Crash of 2016.You've already got me hooked on The Crown, Netflix.

More like this
20 Photos From The 'Stranger Things' Season 4 Premiere To Make You Feel Old
By Alyssa Lapid
'Bridgerton' Star Nicola Coughlan Confirms Season 3 Will Focus On Colin & Penelope
By Grace Wehniainen and Alyssa Lapid
'Doctor Strange 2' Star Benedict Cumberbatch’s Net Worth Is Not An Illusion
By Hugh McIntyre
Remember When Benedict Cumberbatch Announced His Engagement In A Newspaper Ad?
By Hugh McIntyre
Get Even More From Bustle — Sign Up For The Newsletter