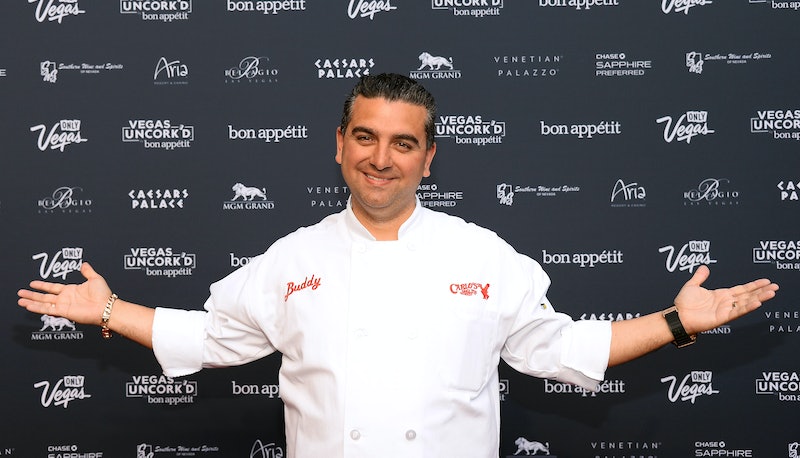 More bad news for TLC. The star of the network's show Cake Boss, Buddy Valastro, was arrested in New York City on Thursday for drunk driving. The NYPD reported that Valastro was "driving erratically" and swerving in and out of lanes at around 1:00 am when he was pulled over. After failing "multiple field sobriety tests" he was taken to a police station near his 10th avenue arrest and brought up on a DWI (Driving While Intoxicated) charge.

It's the celebrity baker's first offense, but it comes at an inconvenient time for the TLC network who has been dealing with the fallout from Here Comes Honey Boo Boo star Mama June allegedly dating her daughter's molester. I doubt that the network would pull Cake Boss from the lineup like they did with Honey Boo Boo, but it still doesn't make them look good.

Drunk driving is always a serious offense, and he could have injured or even killed someone. Fortunately no one was hurt, including Valastro, who will appear in court on Thursday for his arraignment.

TLC has yet to comment on the issue, but I hope that when they do, they respond with an understanding of the severity of Valastro's actions.

More like this
UK Viewers Will Have To Wait To See Jessica Biel’s Killer Housewife Series
By Rachel Mantock
Michael Peterson & Sophie Brunet’s Relationship Timeline
By Morgan Leigh Davies
9 Honestly Unbelievable Revelations From The WAGatha Christie Trial
By Frances Stewart
Don Crowder Successfully Defended Candy Montgomery, But His Story Ended In Tragedy
By Gretchen Smail
Get Even More From Bustle — Sign Up For The Newsletter