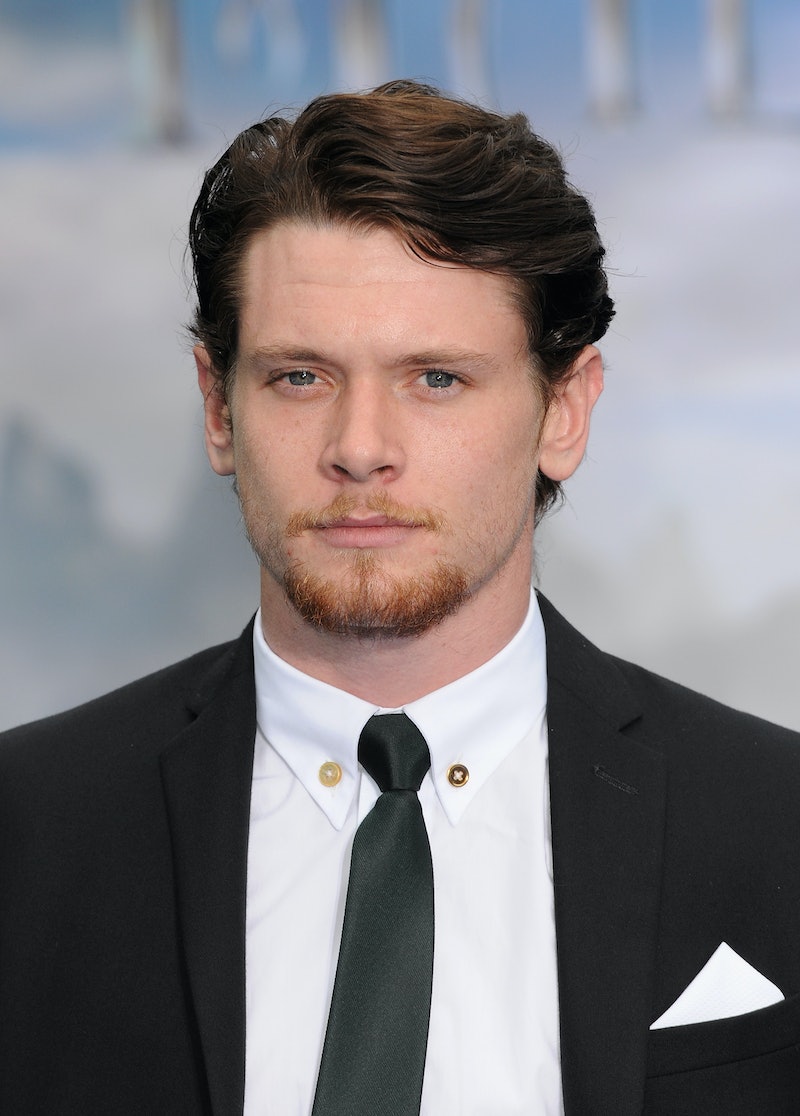 Jack O'Connell is a very talented British actor on the rise. If you watched the show, you know O'Connell is best known for his role as James Cook on the provocative U.K. series Skins. After this, in 2006, he played the role of Pukey Nicholls in the film This is England, but I anticipate his big break in the United States, and probably on a global basis, will be his role in the Angelina Jolie-directed movie Unbroken which comes out on Christmas Day. As a pop culture fanatic, I make it a point to know as much as I possibly can about up and coming megastars. The first question I would have to ask about O'Connell centers around whether he is actually a ginger or not. I just cannot tell and it's killing me! Sometimes his hair looks darker slicked back. And then that facial hair has a reddish color to it. It is just so unclear to me! I don't know if I will ever figure that one out, so I will have to move on to the other thoughts on my mind. For instance, is Jack O'Connell single? He's only 24 years old and I am going to be 24 soon, so I can't help but be curious. Not that we run in the same social circles or I invited him to my birthday party or anything, but I am still interested in the information.

Who has he dated? Is he single and ready to mingle? Is he too busy with his career to date? I did some investigation and this is what I found about O'Connell's romantic relationships.

O'Connell and his Skins costar Kaya Scodelario dated in 2009 while they were both still filming. She refers to him as her first love, and explained to the Telegraph, "It was everything to me at the time. Everything’s a 'first', isn’t it, and it felt so wonderful, obsessive even. He was a great first love. He’s a great person and we are still extremely close. We were both really young but it was a beautiful thing." It sounds like the two of them had a special bond at the start of their careers and that they ended on nice terms.

Jack O'Connell dated X Factor judge Tulisa Contostavlos in 2012. Reportedly, they only dated for three months and there does not seem to be any bad blood between the two. Sources told the Daily Mirror that distance was to blame for the split, saying, "He isn't able to travel to the U.K. at all, as filming schedules are so tight. This meant Tulisa was flying backwards and forwards to Bulgaria — as well as fulfilling her X Factor duties." This is a very common problem in these high-profile relationships where both parties are just too busy to make it work. Contostavlos tweeted a confirmation of the breakup to make it official.

It has not been confirmed, but there is plenty of gossip about O'Connell dating It girl Cara Delevingne. The model Instagrammed a photo of a neck full of hickeys with the caption "love bites" recently, and while there was no face pictured and no one was tagged, some fans recognized two moles and concluded that O'Connell was pictured. I am a celebrity fiend and I don't think I would ever be able to spot anyone's neck moles. Wow, good for them, I guess? Rumor has it Delevingne and O'Connell became close on the set of a film they both worked on called Tulip Forever. The Sun reports, "So far their relationship is very casual, but she's a big fan of him. They've been on a few dates but it's not yet serious." Well, is this hickey Instagram post a confirmation of something more official? I don't really know what kind of statement Delevingne was trying to send, but I bet O'Connell is grateful that it's scarf season so he can cover up that neck.