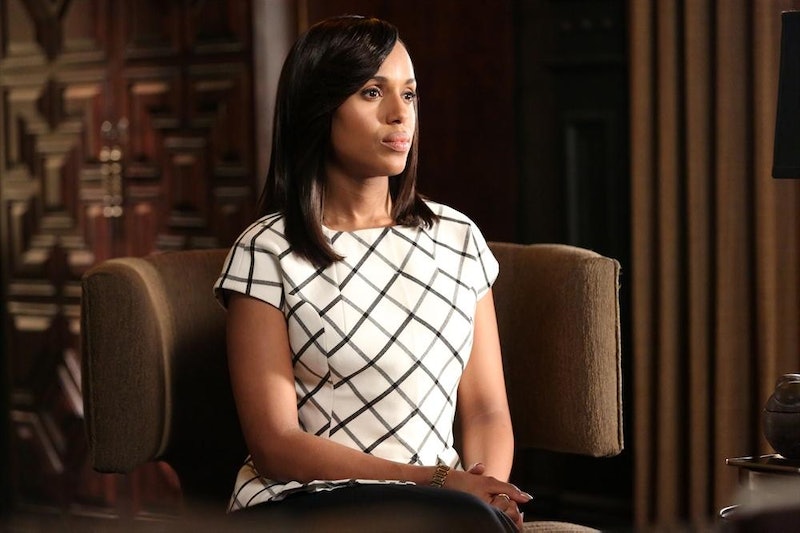 Of all the terrifying power players on Scandal, Eli Pope has always been the most formidable. But it seems the only thing that can terrify us more than having Eli Pope around is having him leave. Because watching him walk out on his daughter — supposedly for good, he says — was absolutely terrifying.

Eli Pope has never been the best father, but it's been clear that he loves his daughter, in his own unhealthy, twisted, emotionally abusive way. It doesn't excuse him from all the awful things he does and says to her, but it does mean that we've always been able to trust that his soft spot for his daughter will hold him just the tiniest bit in check. And knowing that we can no longer expect that from him is scary as all hell.

After all, this is the man who like to throw people into literal holes for months at a time. The man who had a teenage boy killed just to get himself re-instated as head of a covert spy organization. The man who once said, "I am the hell and the high water." And we believe him.

Last week, we were wondering what would happen when Olivia and her father went to war. The prospect was pretty nerve wracking, but the one major advantage Olivia had was surprise. Eli Pope didn't yet realize that his daughter was gunning for him, and that gave Olivia the advantage. But that is now gone.

So what will happen next? Will Eli Pope start interfering in Olivia's professional life Will he start trying to kill the people she loves? What sort of nightmare can we expect?

Personally, I am just hoping this whole thing brings us one step closer to the return of Mama Pope. Because if there is one thing that can make this family drama even nuttier, it is the return of everyone's favorite immoral, international terrorist.

Until then, let the Pope games continue.