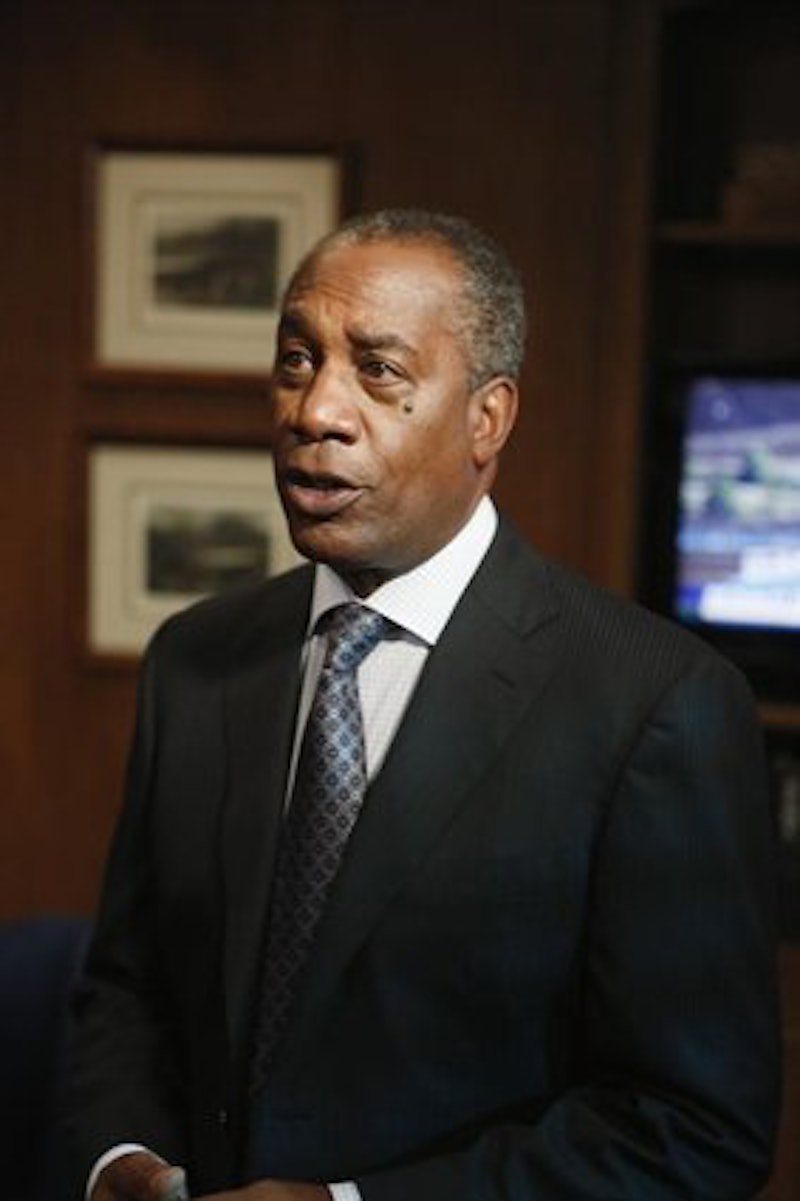 The ever-unpredictable Pope family has never been the most harmonious, what with Eli Pope being the sinister head of a secret government organization, Mama Pope being a terrorist, and Olivia being our favorite feminist. But now, Scandal has Olivia and Eli Pope going up against each other in a big way. And it's anyone's guess who will win.

On the one hand, Eli Pope is probably the most terrifying player in the game that is Scandal. He's ruthless, manipulative, and brilliant. Plus, he's back in charge of his shadowy government agency full of super spies and assassins. And so far no one has ever managed to outsmart him for long.

On the other hand, though, Olivia Pope is not exactly someone to mess with either, especially this season now that she's gotten her feet back under her and is no longer caught up in First Family drama all the time. Plus, Olivia has plenty of motivation to destroy her father. He not only killed the president's son, after all, but he also killed Harrison, Olivia's friend and confidant. And if that's not enough to make her driven already, there's also the fact that he framed her boyfriend for the whole thing. I'd say Olivia has plenty of reason to give this power struggle her all. And Olivia's all is nothing to sneeze at.

So who will win? Well, obviously, we are all rooting for Olivia Pope (though it would be a shame for the show to permanently lose the force that is Eli Pope). But it's entirely possible that going up against her father will prove too much even for Olivia. After all, no one has managed to outsmart Eli Pope in the show so far, not even Mama Pope, who is currently residing in a B6-13 cell.

So will Olivia emerge victorious? Will Eli Pope continue to be undefeated? And perhaps more importantly, what casualties will the conflict create? Because the truth is that if Eli and Olivia are going to war, no one is safe.