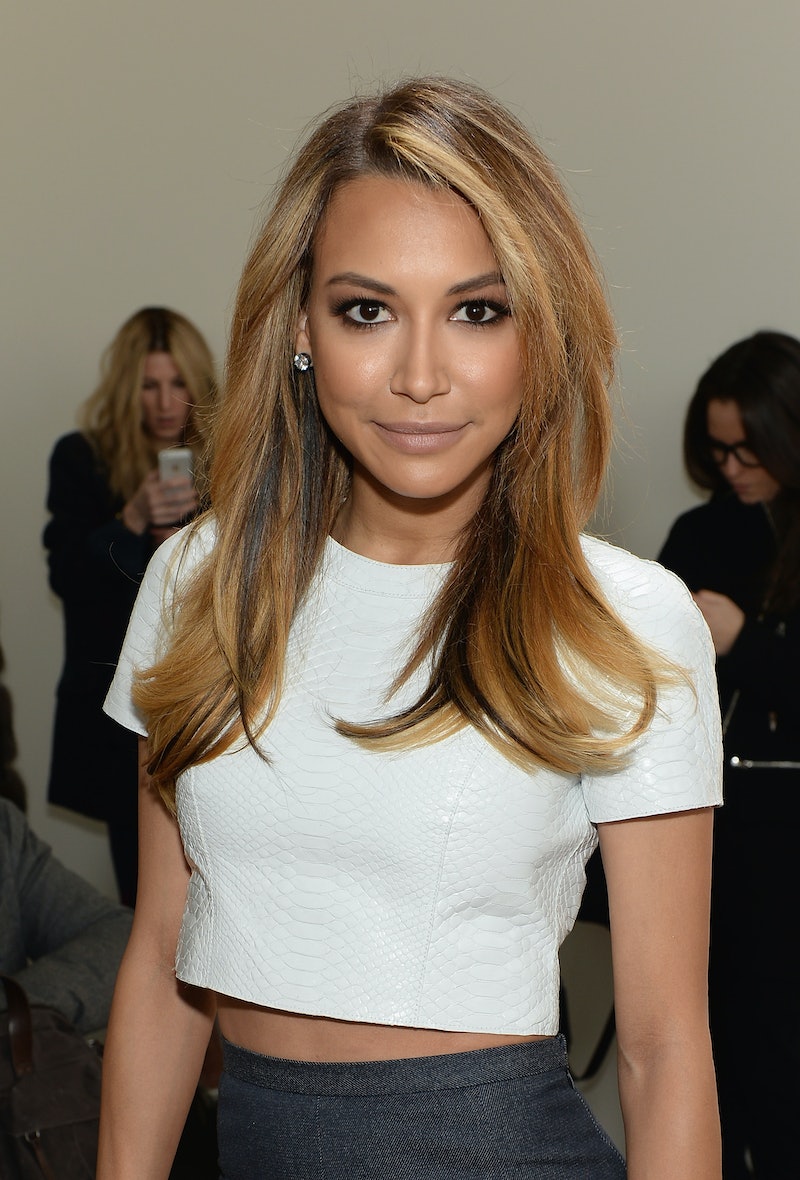 Say it ain't so, Naya Rivera! I was rooting for you. Although I knew the likelihood of a Rivera fan Twitter making up rumors about her — that's not really good fan behavior, especially when those rumors are negative — I still hoped that somehow the screengrab of Rivera slut shaming Kim Kardashian for her Paper magazine cover shoot was a hoax of some kind. The comment allegedly left by Rivera read, "I normally don’t. But… you’re someone’s mother…" as if Kardashian being a mother somehow means that she is suddenly obligated to wear nothing but a barrel wherever she goes. However, Rivera addressed the Instagram comment, albeit in a pretty vague way, and that seems to confirm that she really does feel this way.

In another situation, her response would have been humorous. The Glee actress took to Instagram in order to talk about her troubling Instagram statement — irony at its finest — and she didn't actually say much. She definitely didn't say all she could have. Instead, Rivera posted a picture of herself with Instagram founder Kevin Systrom and her entire response to the controversy was a single hashtag: #instagramgotmeintrouble. Stupid Instagram with its stupid compulsion that, like a human victim on The Vampire Diaries, forces you to bend to its will and slut shame other celebrities.

In case you couldn't tell from my immense sarcasm, I am not as amused by Rivera's sense of humor as I probably should be. I don't feel this is a situation that calls for a sense of humor. What I get from the fact that she made a joking hashtag blaming Instagram for her own unnecessary body policing is that Rivera is not sorry. And, to be honest, that would be fine with me. She has a right to her own opinion just as I have a right to disagree with her and call her out on the antifeminist belief that a woman's body is not her own to do with as she will. Surprise, surprise, but you can agree with a woman's choice to display her body at her own leisure while disagreeing with that choice — whether it's because it buys into our culture of objectification or because you personally find it obscene.

However, to say that Kardashian does not have the right to display her body because she's someone's mother was just an awful judgment to cast on her magazine cover. The fact that the reality TV show star bared all in Paper magazine has absolutely nothing to do with what kind of mother she is to North West. By all accounts, she seems to be a very good, very loving, and very doting one. North West probably isn't old enough to use Google yet, so if Kardashian wanted one last hurrah at showing off her assets then now would be a better time to do it than when North is, say, thirteen and finally allowed on the Internet without supervision. Trying to shame her out of her decisions by using her own child against her as a weapon is wrong and incredibly rude.

Personally, I'm tired of people telling Kardashian what she can and cannot do or what she can and cannot wear just because she has a child. Becoming a mother doesn't make you stop being a woman and it certainly doesn't make you stop being human, forced into a box of what society expects you to be. I'm equally tired of female celebrities taking shots at each other instead of supporting each other. Prior to this incident, I would have thought that Rivera was a great fan of Kardashian and I certainly would have guessed she would be one of the celebrities to stand in support of Mrs. Kardashian West throughout this backlash. I'm sorry to have been disappointed on both counts and I wish that Rivera had responded to this controversy a lot better.