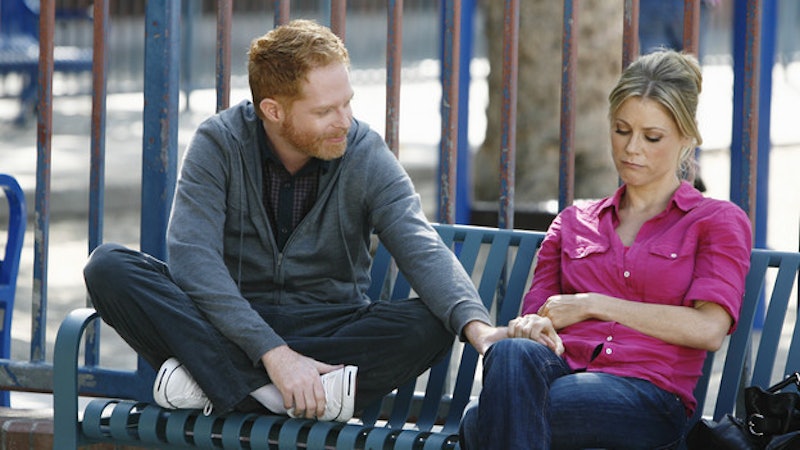 The truth is, my brother didn't like me at first. In his defense, I guess if I were a small human being forced to share my parents for the first time then I would be a little ticked off, too. I've never found him quite as off-putting as he initially found me, but again, being the second-born, I've never known a world without him. He didn't disturb my universe—he was always right at the center of it. He's always been there, my ginger sidekick, the person who used to trail after me around the house once I started walking, chirping, "Be cee-areful, Emma!" He warmed up to me to eventually, evidence of which comes from a video straight out of 1992. It was my first birthday, and my brother shoved his face into a cupcake and declared that he liked me. (I'm aware that this was for the sake of dessert, but I value and respect dessert so highly that I wouldn't have it any other way.)

Being so close in age, we ended up doing a lot together, and by a lot I mean I copy-catted him literally all the time. He played violin so I played violin (badly). He learned French so I learned French. He joined swim team so I joined swim team (and kicked his ass for a little bit). Hell, even despite my best attempts not to, we ended up going to the same college when I transferred there in my sophomore year.

Annoying little sister habits aside, here's the thing: My brother always had my back 100%, and was more than happy to share anything with me. Like, I don't mean to brag (OK, I do), but as far as brothers go, I pretty much won the brother lottery. And even though, like all siblings, we have our ups and downs with our brothers, they will always be our main squeezes for all of the following reasons:

They Are Surprisingly Insightful

I don't know what it is about brothers. Sometimes they can be total doofuses, but other times they will say that exact thing you need to hear that you didn't even know you needed to hear. And then burp.

My brother is literally the chillest guy I've ever known, so if you have unsettled him in some way, you are probably going to hell. In general, I think it's a good rule of thumb that if your brother (the guy who probably knows you better than anyone) doesn't get along with someone you bring home, it's an automatic veto.

They Brings Out Our Competitive Streak

I feel like men use "kid gloves" with women sometimes, but with brothers, it's never that way. You can smack talk and compete with them without worrying that they're going to go "easy" on you (which only made that brief pre-pubescent year I was better than he was at swimming all the more GLORIOUS). I mean, he's almost six feet tall and probably could kick my ass even now, but I'd rather rise up to a challenge than be babied any day.

They Are Honest (Often To A Fault)

If I ask for his opinion on something, he's going to be entirely candid in a way that only brothers can pull off. It's likely that he'll tell me the brutal truth first and think about the implications later—and occasionally an answer will rub the wrong way. But if you're looking for the whole truth and nothing but the truth, a brother is the guy to ask.

They Are Unfazed By Almost Anything

I'm pretty sure at some point, all three sisters have had our periods sync up, and I'm not exactly subtle about complaining. But my brother, like most brothers who live with women, is so used to it by now that he probably wouldn't flinch during dinner table talk unless somebody literally lost a limb.

They Gave Us A Definition Of "Good Guy"

Maybe it helps that my poor brother grew up in a house with three sisters and two tiny dogs, but he has always been respectful of women. Nobody has ever had to ask my brother if he was a feminist because he pretty much came out of the womb one, and the way he treats his girlfriends is a good standard for how I want men to treat me.

Far and wide, most brothers of friends I have known and for sure my brother have just had semi-secret stashes of beer. Like, it's totally legal for him to have a beer stash at 24, but it still has this magical quality to it that I can just be like, "Ugh, I need a beer" and have a built-in brother who is always willing to share.

They Actually Listen To Our Advice

I feel like it is often the case (and I am guilty of this too) that when you ask for advice, you're really just fishing for someone to back you up on a choice you made anyway. But when my brother asks for advice, particularly with women, he actually pays close attention and follows through.

They Are Always On Our Side, Even When Nobody Else Is

I have been wrong before. Like, dead wrong. But I find that, even in moments of dead-wrongness, my brother has been fiercely loyal to me and my sisters.

They Are Quick To Forgive

Brothers just don't hold grudges. Not that sisters do, but there's always some initial awkwardness after sisters have a fight. I've noticed my own brother just lets things blow over before you've even apologized. Like, last night I came home stressed out about traffic and snapped in his chipper little face even though he obviously had nothing to do with it. But I know I'm never more than one "I'm sorry" and a shrug away from being forgiven. (Have I made it clear that I don't deserve this kid yet?)

They Never "Mansplain" To Us (At least, they damn well better not try)

In fact, I was shocked when I entered the real world and found that so many other men did do this. My own brother has always been very frank and treated his sisters as the intelligent and capable beings that we are. And if he ever did happen to talk about something we didn't know (I should mention that my brother is kind of a genius on the borderline freak level), he was always very patient and never at all condescending about explaining. WHY AREN'T ALL MEN LIKE BROTHERS?!

They Never, Ever, Ever Judge Us

Because let's be real: Odds are he's already done something WAY worse.