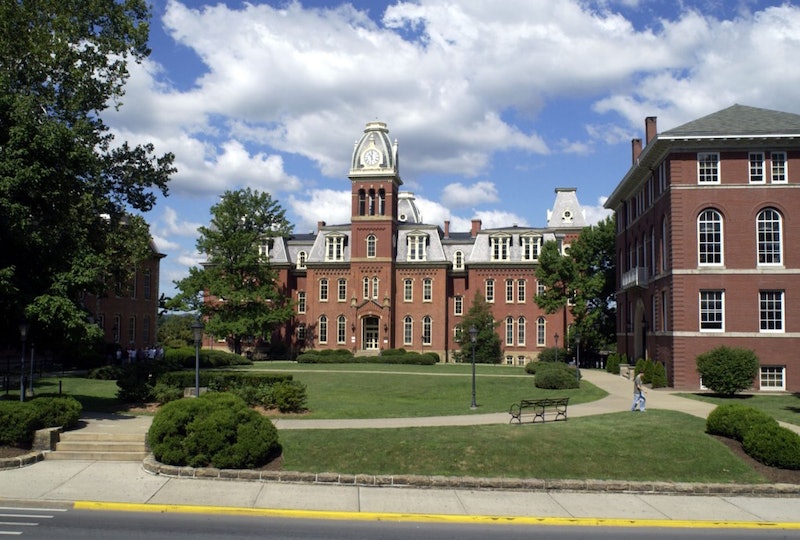 Are frats finally (maybe, possibly, hopefully) on the outs? Well, in one place at least, though only for the time being: this week, West Virginia University suspended all fraternity and sorority activities, after a "catastrophic" medical emergency on Thursday saw a student being rushed to hospital without a pulse. Sadly, the student passed away Friday.

Just two months ago, a 19-year-old pledge died at South Carolina's Clemson University during a fraternity run. In fact, according to Bloomberg Data, over 60 people have died in fraternity-related incidents since 2005.

That number went up this week. On Wednesday night, 18-year-old Nolan Michael Burch was found at the Kappa Sigma house in a dire physical state. Although a friend was performing CPR, Burch wasn't breathing and had no pulse. He was immediately taken to Ruby Memorial Hospital and passed away Friday. It's as yet unclear what caused the illness, but CBS Pittsburg cites sources suggesting Burch was in the process of pledging.

In a bold move, West Virginia University officials have suspended not only the frat in question but all WVU frats and sororities in response to the incident. Said officials in a statement:

Following emergency meetings today among West Virginia University officials, the Inter-Fraternity Council and Panhellenic Council, all campus fraternities and sororities have been placed on a moratorium that suspends all chapter social and pledging activities until further notice.

This is partly because it's not the first time this month that the University's Greek life has come under fire. Just last week, 19 drunken pledges (from a different fraternity, Sigma Chi) were arrested or cited for brawling and having alcohol while underage. When the police found them, they were apparently "running and screaming, yelling and engaging in disorderly conduct." As the statement continued:

The action comes on the heels of two recent incidents, the latest occurring today (Nov. 13) where a catastrophic medical emergency required a 9-1-1 response to a fraternity house. The other on Nov. 6 was a disturbance in South Park involving members of another fraternity. Both incidents are under investigation by both Morgantown and University Police.

As one member of a WVU frat, who refused to be named but said he is a former president of the chapter, told WTAE Pittsburgh‎: "The number one party school thing has to go, because people just drink excessively and it's just got to stop."