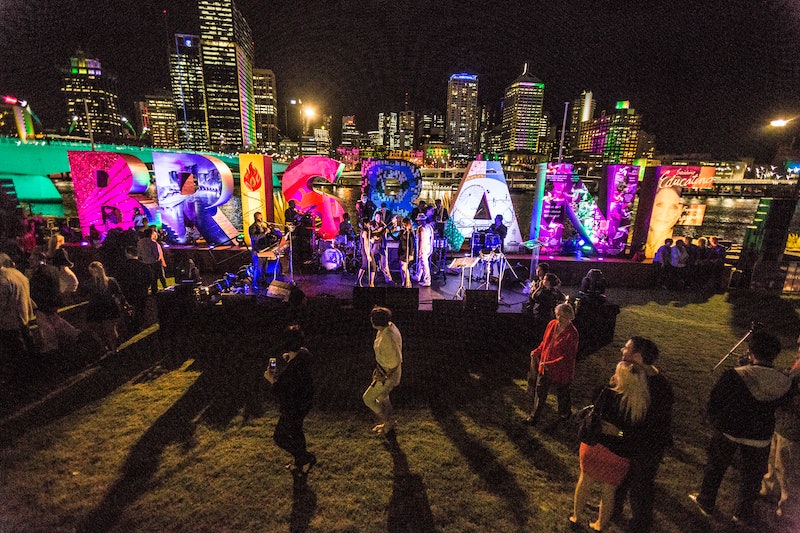 This weekend some of the most powerful people in the world will descend upon Brisbane, Australia for the 2014 G20 Summit. Temperatures will reach up to 99 degrees farenheit over the weekend, and with a beach right in the central business district, leaders from the Northern Hemisphere will struggle to focus on pressing world economic issues during one of the world's most liveable cities' late spring. Behold, a handy guide to the 2014 G20 Summit:

The Group of 20 (G20) is a forum of leaders of 19 countries plus the European Union, which counts as one but sends several leaders. As leaders in global economic growth and development, they meet annually to discuss economic issues. G20 countries represent about two-thirds of the world's population, 85 percent of global gross domestic product (GDP) are responsible for about 75 percent of global trade. Included are: Argentina, Australia, Brazil, Canada, China, France, Germany, India, Indonesia, Italy, Japan, Republic of Korea, Mexico, Russia, Saudi Arabia, South Africa, Turkey, the United Kingdom, the United States and the European Union.

Yes, each year the G20 president (a rotating position) invites leaders from other nations to attend as guests and contribute to discussion to ensure a diversity of ideas. This year, guests include Mauritania as the 2014 chair of the African Union; Myanmar as the 2014 Chair of the Association of South-East Asian Nations (ASEAN); Senegal, representing the New Partnership for Africa's Development; New Zealand; and Singapore. This year Australia has also welcomed Spain as a permanent invitee.

When did this begin?

In 1999, a group of Finance Ministers and Central Bank Governors decided to meet in the wake of the Asian financial crisis. This coming together of global finance leaders was lauded as a responsible, sustainable model, and was built upon from there. Then in 2008, the G20 met again to plan for a unified response to the global financial crisis. Together, leaders discussed actions to implement plans including millions of dollars in fiscal stimulus packages.

Who gets to go?

Brisbane, state (Queensland), and federal police have spent months planning for the influx of media and delegates to the city. They have prepared (based on previous attendance) for up to 4,000 delegates and up to 3,000 domestic and international media representatives. Additionally, several lucky University of Queensland students will be in attendance.

Security procedures, while understandably strict — especially for a city that has never seen this many world leaders in one place — read like rules for a medieval punk rock show. Several items are banned in the inner-Brisbane area including eggs, insects, reptiles, metal cans, glass bottles (especially those that contain manure and urine), crossbows, and whips.

Also of concern is the threat of salmonella: there have been several outbreaks in the Australian state of Queensland over the past few years. With caterers making over 100,000 meals, they must be careful of using raw egg mayonnaise. Dr. Jeannette Young told The Australian that in her opinion, it's best to stay away from any raw egg-based catered items for the world leaders. Leave no stone unturned!

What will they discuss?

Back in February, G20 Finance Ministers and Central Bank Governors decided that the primary goal of this summit would be to develop measures to raise the level of G20 output by two percent above currently projected levels for the next five years. This would create millions of jobs and inject a boost of about $2 trillion to global GDP. The Brisbane Action Plan policy note includes strategies to create jobs and predictions of growth under the plan and can be found here.

Although global job growth and economic stability are the key agenda items, leaders use this proximity to each other as an opportunity to discuss other pressing global issues. Controversially, Australian leadership has refused to discuss climate change despite the recent historic agreement between the United States and China to reduce greenhouse gas emissions. Australian Labor Party minister and Deputy Leader of the Opposition Tanya Plibersek has said that the Abbott government is missing an important opportunity to be leaders in the discussion. Prime Minister Tony Abbott said of the controversy:

If other countries want to raise other subjects they're entirely welcome to do so but my focus, and I believe the principal focus, of the conference will be on growth and jobs.

Are there any protesters?

Police have said that they expect 13 separate protests on Saturday as leaders continue to arrive for the summit. With motorcades going in and out of the city all day, protesters have lined the streets with banners (that can't have posts for security purposes). Four people are on a "prohibited persons" list, and are prohibited from being in the vicinity, but most protests will be tolerated and were planned for in advance. Protesters will be out in droves hoping to draw attention to issues including Ebola response, Aboriginal rights in Australia, Vladimir Putin's actions in Ukraine and Australia's refusal to discuss climate change.