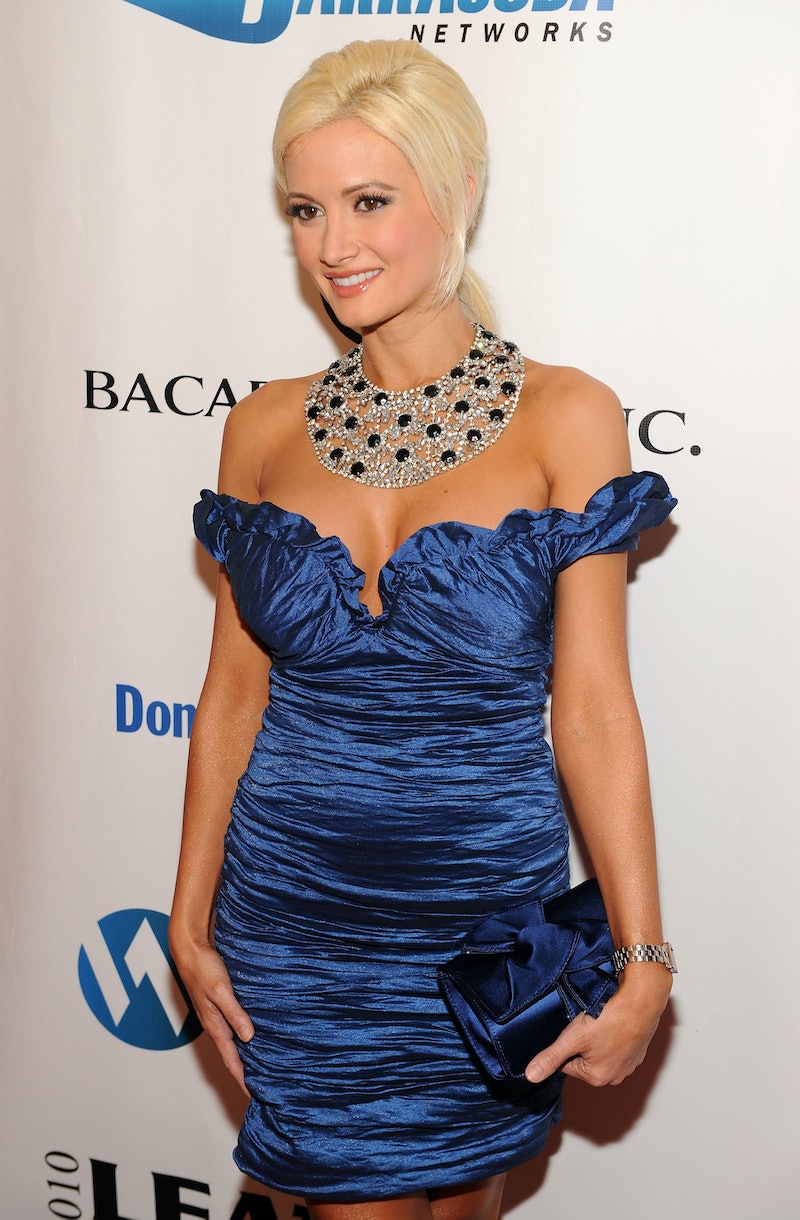 Bad news for Hugh Hefner, former Girl Next Door Holly Madison married Pasquale Rotella yesterday, officially making her the one that got away. The couple, who are parents to 6-month-old daughter Rainbow Aurora, tied the knot in front of 150 guests at California's Disneyland, People reports. One of Madison's two bridesmaids was a familiar face for any Girls Next Door fans, as co-star and another of Hefner's ex-girlfriends Bridget Marquardt stood alongside Madison. Kendra Wilkinson must have been busy, as the other bridesmaid was Playmate Laura Croft (not to be confused with Lara, the tomb raider).

Rotella certainly isn't Madison's most famous partner, that would go to Hefner, who she dated for seven years and at the time, wanted to marry. After they broke up in 2008, she went on to date illusionist Criss Angel and All Time Low guitarist Jack Barakat.

Still, Rotella is a big name in concerts, serving as the CEO of Insomniac Events, the company that hosts the Electric Daisy Carnival electronic music festival. The two began dating in 2011 and became engaged in June at the Las Vegas EDC. There, on top of the ferris wheel, Rotella gave Madison her over-the-top 18-carat yellow diamond engagement ring.

Last night Madison hinted about the wedding on Twitter, posting about getting her marriage license.

Congratulations to the happy couple, may you have many more colorfully named children.