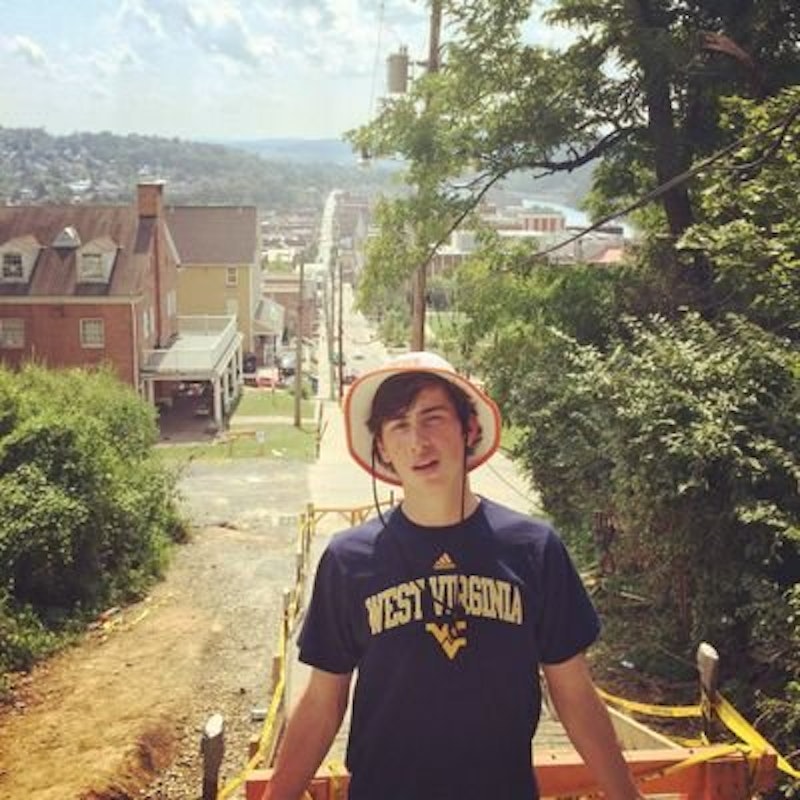 Authorities are investigating the tweets sent by a West Virginia University student the day he was found unresponsive at an off-campus fraternity house. WVU freshman and Kappa Sigma pledge Nolan Michael Burch wrote a chilling tweet on Wednesday night, about 12 hours before he was rushed to the hospital in what university officials called a "catastrophic medical emergency." Burch died on Friday, nearly 36 hours later, at Ruby Memorial Hospital in Morgantown, West Virginia.

According to the Associated Press, police were called just before midnight on Wednesday to WVU's Kappa Sigma fraternity house, where they found someone performing CPR on Burch. He was unresponsive and had no pulse, and the hospital listed him in critical condition when he arrived.

Investigators are still trying to piece together the details, but they believe Burch was pledging with Kappa Sigma and drinking heavily on Wednesday, possibly being "challenged" to drink. Sources close to Burch's family told The Buffalo News that other attendees at Wednesday night's frat party may have pressured Burch into consuming large volumes of liquor. Investigators haven't confirmed the specifics of the event, but told The News that they were looking at "all aspects of this party."One of these aspects is Burch's Twitter account, which alluded to an "eventful night" on Wednesday. Burch also posted a paragraph of text on Tuesday that ended with: "If you're reading this, congratulations, you've made it today."

WVU officials, in a joint statement a joint statement with the university's Inter-Fraternity and Panhellenic councils, announced on Thursday that all Greek-related activities, including pledging events, would be temporarily suspended due to the ongoing criminal investigation. Following the news of Burch's untimely death on Friday, WVU President E. Gordon Gee said in a statement:

Words cannot describe the heartache we, as a West Virginia University family, feel at the loss of one of our own – Nolan Michael Burch – who passed away today. The outpouring of love and support from his friends and this community has been what you would expect from Mountaineers, and I would ask that you continue to keep the Burch family and many friends in your thoughts and prayers.

Kappa Sigma's national organization also released a statement saying the organization is conducting its own investigation of Burch's tragic death. Most alarming, Kappa Sigma said its WVU chapter has been suspended since mid-October because of "previous, unrelated violations of Kappa Sigma’s Code of Conduct." On Nov. 10, both WVU and the school's Kappa Sigma chapter were notified that the fraternity's charter was withdrawn by the national organization, raising more questions about how and why the fraternity was able to hold pledging activities and parties with a suspended charter.

At this time, neither authorities nor Kappa Sigma representatives are commenting further on the developing investigation.