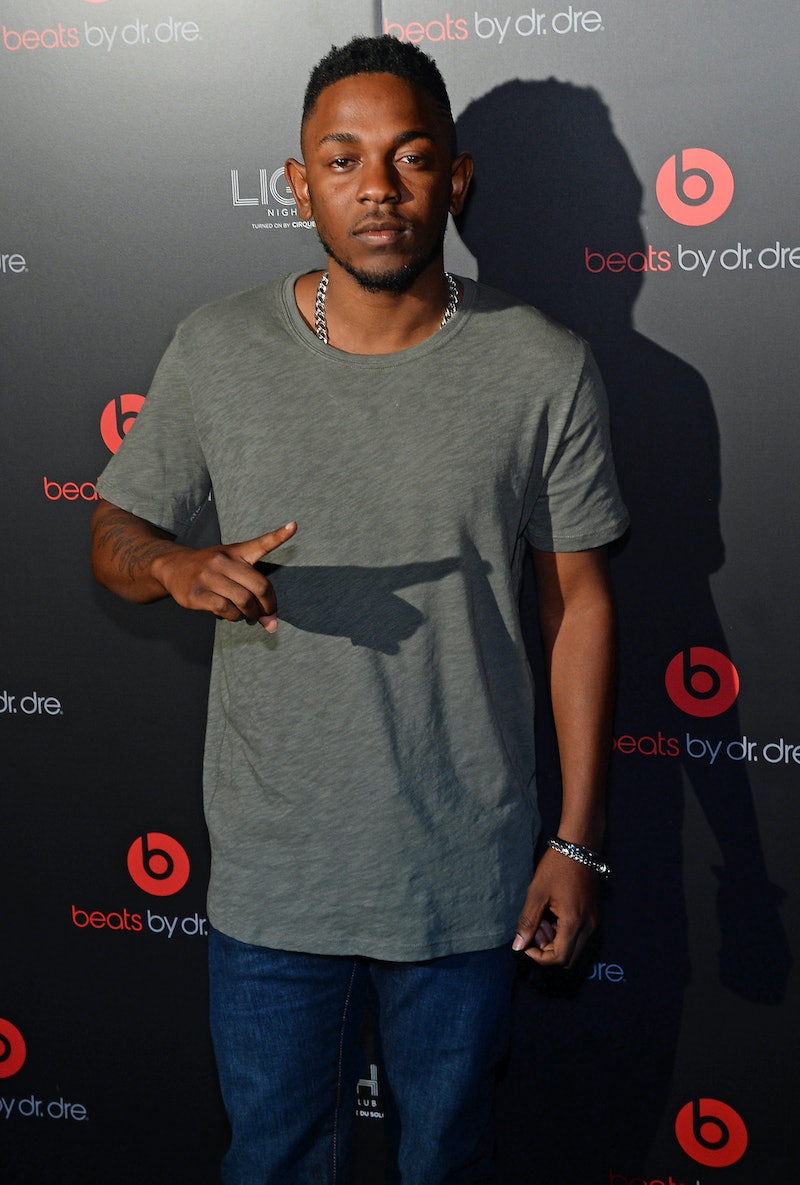 Woody Harrelson might have introduced him as "my man" on Saturday Night Live , but Kendrick Lamar was everyone's "man" on Saturday night when he completely brought down the house during his two performances. But Lamar went beyond his "musical guest" duties when he also played a small — but hilarious — role in a sketch called "Young Tarts & Old Farts."

In a similar style to past musical parody sketches, "Young Tarts & Old Farts" was a promotional video of an upcoming album that features young artists (the "Tarts") paired with older, more experienced artists (the "Farts"). SNL has done great musical performer parody videos before — they always prove to be scary accurate depictions of the performers — and this one was no exception. Kendrick Lamar is featured on the fictitious album, performing with with Barry Manilow (performed by Taran Killam). While it was a brief cameo, I realized two things during the sketch. 1) It was great to see Lamar included outside of the two song set that he performed for his musical guest duties, and 2) I would probably purchase and listen to a Barry Manilow and Kendrick Lamar song.

In regards to his musical guest duties, Lamar performed two songs. The first, "i," which is a single on his upcoming album. It was a pretty exhilarating performance. Lamar had some unique dance moves — with a lot of hand-on-hip moments — and black contacts in his eyes, because style. The second song he performed was "Pay For It," which he performed with Jay Rock and Chantal Kreviazuk . Both performances were an example of what performers should do when they are asked to perform on SNL. Do Kendrick Lamar.