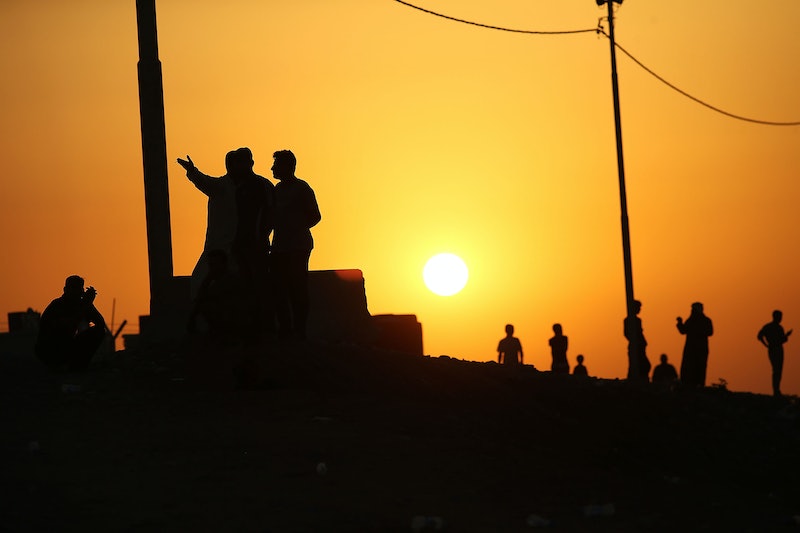 Early Sunday morning, a new ISIS video claimed the group had executed Peter Kassig, an American aid worker and former veteran who was abducted in Syria last year. Authorities are working to verify the video, which is 16 minutes long and shows a militant with a British accent telling viewers: "This is Peter Edward Kassig, a U.S. citizen of your country. Peter who fought against the Muslims in Iraq while serving as a soldier."

If true, Kassig would be the fifth Western hostage to be killed by the group, and third American. Previously, ISIS executed journalists James Foley and Steven Sotloff, and had threatened to execute Kassig next.

Shortly after the video was made public, Kassig's parents released a statement.

We are aware of the news reports being circulated about our treasured son and are waiting for confirmation from the government as to the authenticity of these reports. We will have no other statement at this time and ask that you please respect our privacy.

The family respectfully asks that the news media avoid playing into the hostage takers’ hands and refrain from publishing or broadcasting photographs or video distributed by the hostage takers. We prefer our son is written about and remembered for his important work and the love he shared with friends and family, not in the manner the hostage takers would use to manipulate Americans and further their cause.

In a profile in The New Yorker last month, journalist Joshua Hersh wrote of Kassig as a brave and dedicated humanitarian who returned to Syria in the face of danger. "This is what I was put here to do," he told CNN two years ago, according to the New Yorker. "“We get one shot at this, and we don’t get any do-overs."