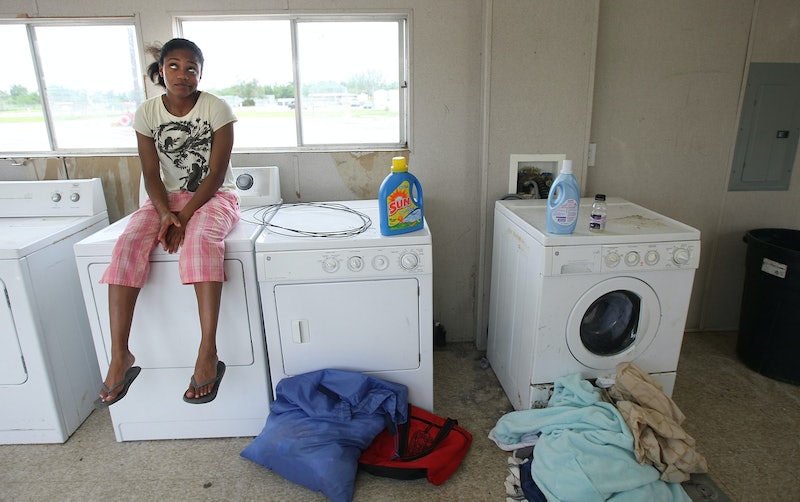 You don't have to have a degree in psychology to know that human nature is affected by weird things sometimes. Some may prefer to think that their decisions are completely independent of their environment, but it's psychologists favorite pastime to gleefully rip that idea to shreds. So I have bad news for team free will; according to a recent study, something as seemingly random as feeling disgusted can make you lie and cheat. And weirdly enough, the opposite is also true — thinking about clean things leads to more ethical decisions. I have to know, is anyone else wondering how researchers even come up with these hypotheses in the first place?The study was conducted at Rice University, Arizona State University, and Pennsylvania State University, and the data came from a various sets of experiments. In the first, three experiments were conducted, but unfortunately for the participants, they only differed in what methods were used to disgust people. (One poor group was forced to watch the toilet scene from Trainspotting.) After being sufficiently grossed out, they performed tasks to see how far they were willing to go for money, and sure enough, the people who were disgusted ended up significantly more cool with lying and cheating than those who weren't. In another set of experiments, participants were grossed out but then asked to think about cleaning products, and this ended up mitigating the effect.

First of all, I'm really enjoying imagining how they explained to people that they need to think about Windex... for science. The life of a psychology grad student must be hilarious sometimes. Secondly, how on earth does watching Trainspotting make you less ethical?Well, according to Science Daily's chat with researcher Dr. Vikas Mittal, "When people feel disgusted, they tend to remove themselves from a situation... If I'm disgusted and more focused on myself and I need to lie a little bit to gain a small advantage, I'll do that." So basically, it's less about hating your fellow man and more about doing whatever it takes to stop watching Ewan McGregor fishing around for opium in a toilet, which I think we can all understand. Once you're not grossed out anymore, the impulse to get out of there come hell or high water fades, and you're back to your usual high ethical standard... or lack thereof in some cases.

By the way, this is far from the weirdest thing to make good girls go bad. Other highlights include...

Creative thinking and willingness to cheat are linked. If you think artistic rules are meant to be broken, you're probably going to be okay with bending them in other situations too.

The Time of Day

We're more likely to be dishonest as the day goes on, and researchers think that it's because we get tired of controlling ourselves.

In theory, guys with these names are more likely to cheat. Watch out for the Waynes in your life.