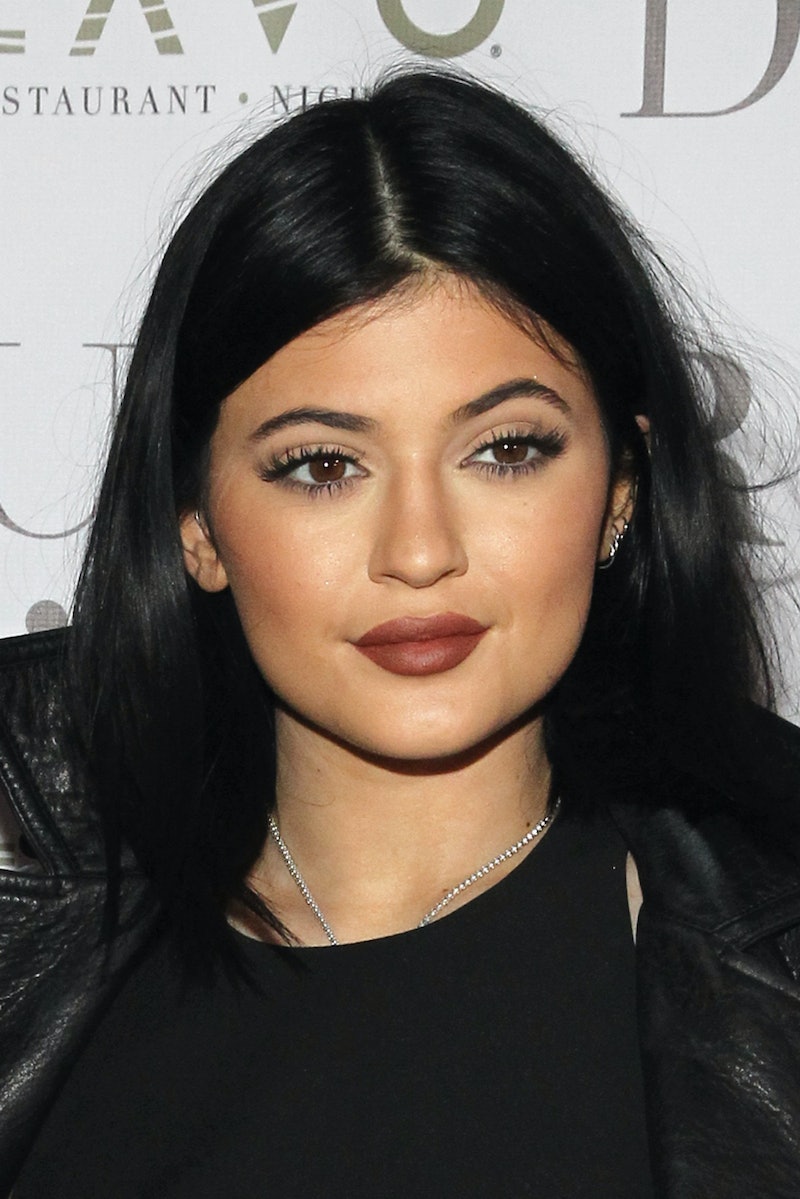 Kylie has, once again, spoken out about the lip injection rumors. Kylie Jenner recently told E! News that "I feel like everyone has been talking about it for months, so I'm kind of sick of it. My pictures, I palp them out a lot. I think big lips are awesome." She seems really done with all the speculation, saying "I don't even care anymore. I'm like whatever, just say whatever you want."

And I'm with Kylie. Despite what E! says, Kylie doesn't at any point in the interview deny that she has had lip injections. I honestly don't see what the problem is. Sure, she's 17, an age many would argue is too young for cosmetic enhancements. But I'm wondering why so many people on Twitter are looking for aesthetic authenticity in a family that everyone knows is inauthentic and materialistic.

All of the Kardashians are superficial, but people seem to be drawing the line at weird places. For example, Kim's butt. In many ways, the image does seem incredibly unrealistic, but does it matter whether it's been shaped by surgery or Photoshop or by an expensive personal trainer? Yes, it sets an unrealistic beauty standard, but it's unrealistic to expect anyone to be able to afford the level of cosmetic perfection that all of the Kardashians have achieved.

The family does not hide the fact that they work pretty hard at their appearances. It's their jobs, their lives. I'm not being condescending, and I'm not denying that they are all naturally beautiful women. The Kardashians agree. Kim posted a montage about her relationship with Kanye West that featured him saying "she's talented at being beautiful." It's a talent, it's her job. It takes work, and it costs a lot of money.

Unlike distant and beautiful stars like Beyoncé, the ways the Kardashians work to create their beauty is out in the open; they frequently post their workout routines, beauty inspiration, and makeup tips to social media. They aren't pretending it's all real. This is why I agree with Kylie that it's a tired discussion. If people were concerned with the Jenner girls being inauthentic or bad role models, they should have intervened years ago, when 9-year-old Kylie was on that stripper pole.

How different is lip liner from plastic surgery? It's all artificial, meaning it's all a little real as well. Yes, the Kardashians set a standard of beauty that is unattainable for most of the population, but cosmetic surgery is just the tip of the iceberg. It is superficial, but most of the time we don't seem to mind.