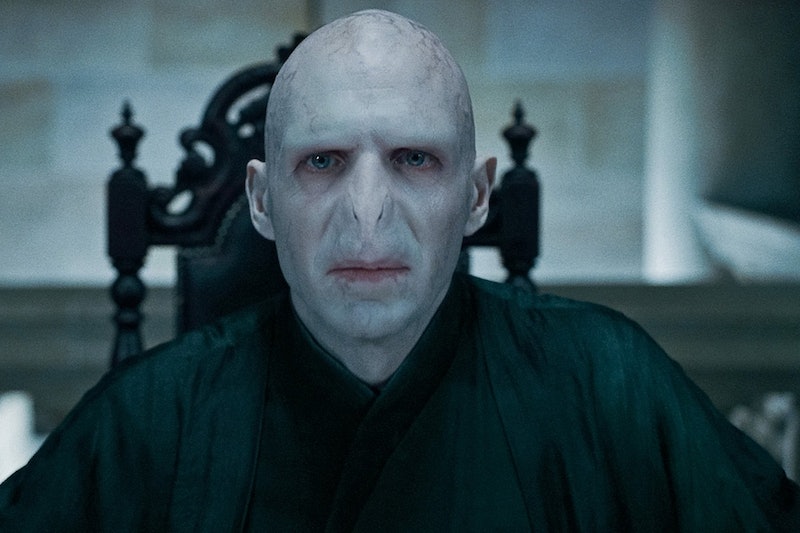 Maybe it’s the narrow nose, or the shaven head, or the slightly nefarious looking eyes that are thirsty for wizard blood, but guy undeniably looks like Lord Voldemort, OK? Which got me thinking...Maybe after Harry Potter destroyed the Dark Lord, he was reincarnated as Randy Gage, self-help guru extraordinaire. In this mini-web series called "ProsperityTV," a guy called Randy Gage promotes success and wealth or whatever. Randy asks his viewers if they "really" want to be rich, and then essentially shows his viewers how to achieve greatness by putting their ~minds~ on it. He seems like a totally nice dude, but about fourteen seconds in, I started getting this weird feeling that I had met him before, or that I’ve seen him somewhere. Yup, totally Voldemort.

I mean, think about it. It makes complete sense: In the first book, we learn baby Harry Potter/Harry’s mom essentially decimated Voldemort and his powers, reducing him down to a literal parasite. Everyone thinks he’s dead. Except that he’s not—he’s just hiding out, slurping away on other people’s energies or something. Maybe something like that happened in the last book, and J.K. Rowling is just not letting us in on it. Maybe the Dark Lord survived the epic wizard battle and now embodies "Randy Gage," who conveniently knows a lot about power and greatness. Yeah, okay, "Randy."

More like this
'Bridgerton' Star Nicola Coughlan Confirms Season 3 Will Focus On Colin & Penelope
By Grace Wehniainen and Alyssa Lapid
The Trailer For The 'Game Of Thrones' Prequel 'House Of The Dragon' Is Dark AF
By Grace Wehniainen
Meet The Disney Imagineer Bringing 'Guardians Of The Galaxy' To Epcot
By Charlie Mock
The 20 Best Audiobooks To Fall Asleep To
By Aoife Hanna and K.W. Colyard
Get Even More From Bustle — Sign Up For The Newsletter