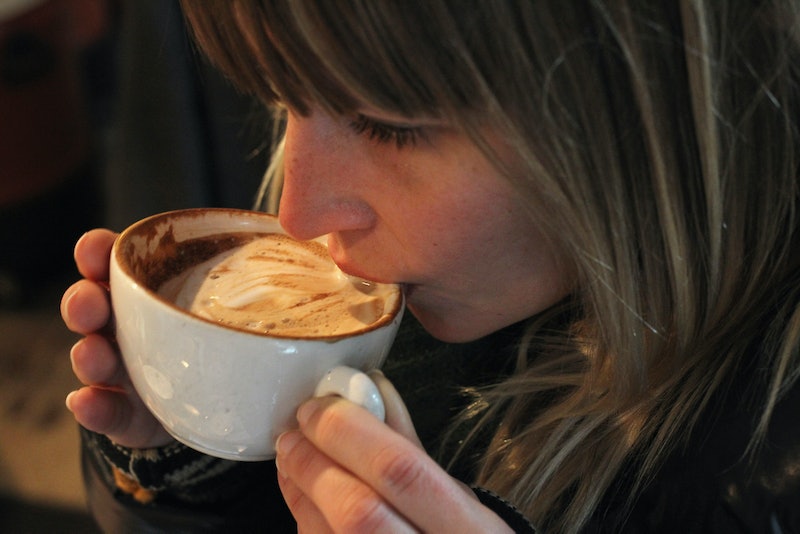 Coffee can be the ultimate pick-me-up. Not only does it taste great in the morning, but it fills you with energy and even has health benefits, including antioxidants, increased focus, and cancer prevention. But what do you do if you become too reliant on your daily cup of joe?

“With too much caffeine there is always a crash, making you feel extremely fatigued,” says Sarah Mirkin, RD, CPT. “Too much caffeine will frequently cause sleeplessness or restless sleep.”

Drinking too much coffee can cause jitteriness, acid reflux, and shallow breathing. And there’s nothing worse than having to get through the day without the beverage, as normal functionality can be extremely difficult when undergoing withdrawal symptoms. Those who are addicted to coffee at some point in their lives know the struggle: headaches, jitteriness, anxiety, difficulty focusing, and irritability — all side-effects of caffeine withdrawal.

Weaning yourself off the habit can be difficult and can prevent you from accomplishing your daily tasks. The best way to drink coffee is on occasion or in small amounts, but if you are already addicted, what can you do?

To help those coffee addicts out there, we’ve come up with some helpful tips to help get you off that coffee grind in the most pleasant, pain-free way possible.

Replace Your Coffee With Tea

Researchers have found a power nap can be more helpful for sleepiness and mood than a cup of coffee. To feel your best, power naps should be between 10-30 minutes and should be taken in the afternoon. If power naps don’t fit into your schedule, try going to bed a little bit earlier each night to accumulate extra sleep.

“Dark chocolate is heart healthy and has a small amount of caffeine,” Mirkin says. The satisfying taste of cocoa may also help motivate you to skip that daily cup of coffee. If chocolate in the morning is not for you, you can also make your own cup of healthy hot cocoa using unsweetened cocoa powder and mixing it with hot water or milk.

For some people, their morning cup of coffee is more of a comforting routine than just an energy boost. If you don’t want to give up the tasty ritual, consider going decaf. “Start by mixing decaf with your caffeinated version,” Mirkin says. “Gradually reduce the caffeinated coffee and increase the decaf to wean yourself off of the caffeine.”

It may seem contradictory, but exercise doesn’t actually make you tired. Instead, it gives you more energy. A University of Georgia study found that inactive, fatigued people increased their energy by 20 percent and decreased their fatigue by as much as 65 percent just by doing frequent, low-intensity exercise. Good exercises for energy are usually moderate, such as taking a walk or doing yoga, Pilates, or strength training.

Eating too many carbohydrates can cause your blood sugar to spike and crash, leaving you fatigued. Protein will help you keep your energy levels even, making you feel more awake and alert. If you’re stuck in that afternoon slump, try reaching for some nuts rather than an afternoon latte or pastry.

Speaking of breaks, think about what times of day or situations you find yourself instinctively reaching for a cup of coffee. Is it first thing in the morning, or a reward after you finish a task at work? Consider how you can replace coffee with another, less caffeinated habit, such as a morning yoga class or a healthy afternoon fresh-squeezed juice.