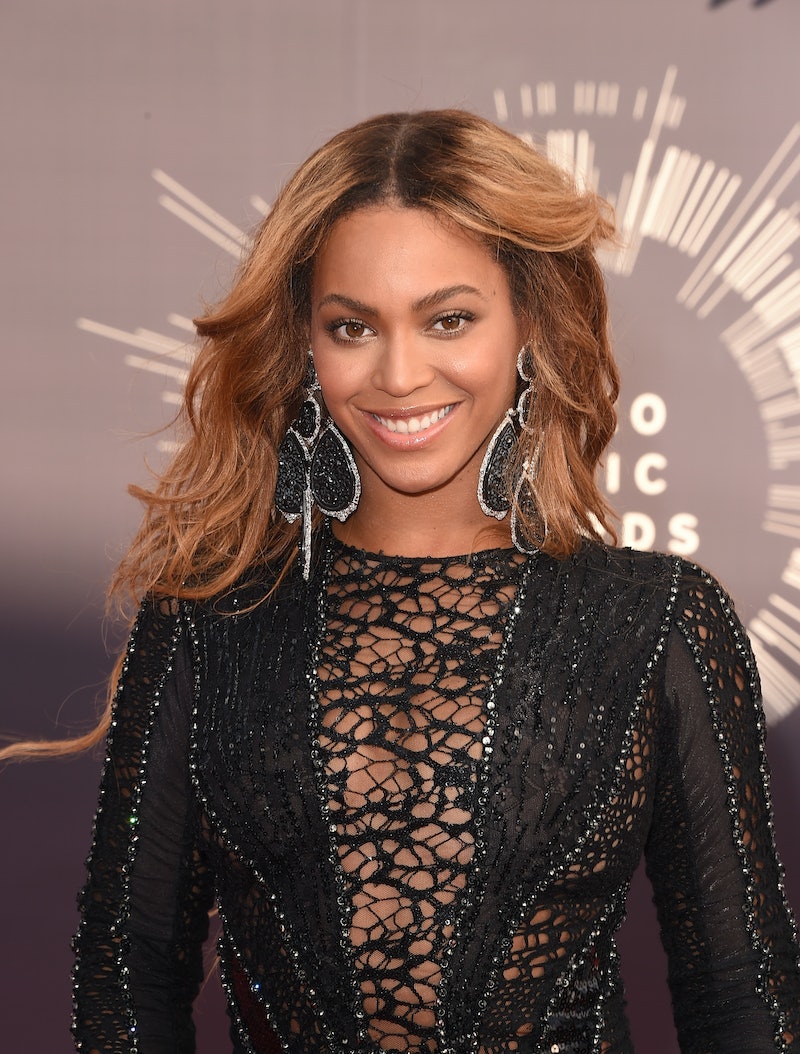 Beyonce's little sister Solange got married this weekend. Yes, TBH, I wanted to know what Beyonce wore to her sister's wedding as much as I wanted to see Solange's attire for when she said "I do." Recently, Bey turned up at an event for Topshop, her latest business partner with whom she will design a line of streetwear, in one of the brand's fashionable and affordable LBDs — and apparently she's keeping the cheap and chic trend going at big events in her life. Bey, who was a bridesmaid in Solange's wedding this past weekend, donned a $350 white tank dress with a scoop neck in a mid-calf length. And she stunned in it. Obviously.

Although Beyonce has been rocking frugal fashions as of late, the diva has not sacrificed any of her signature bangin' style in the name of saving a few bucks. That gives big hope to us normals that we too could one day dress as well as Bey (or, you know, at least come pretty close.)

For Solange's wedding, the entire Carter Family donned crisp, clean white. Bey wore a Torn by Ronny Kobo Maggie Lasso Diamonds Dress that hugged all of those curves. Blue Ivy was also decked out in white, as was Sol's brother-in-law, Jay Z.

While some might question the fact that Bey was wearing white on the bride's big day, it's not shocking since Solange, who rocks all kinds of hairstyles that are much edgier than those we see on the head of her big sis, decided to forego a traditional white gown in favor of a cream-hued sexy suit with a cape. The wedding attire was decidedly Solange, and Bey's bridesmaid gown was totally Bey. So it worked.

Since the nuptials took place in the decidedly warmer confines of New Orleans, Bey could show some of her glowing skin and wear a crisp white frock and not be freezing, either.

See it from the side.

Are you obsessed? I'm obsessed.