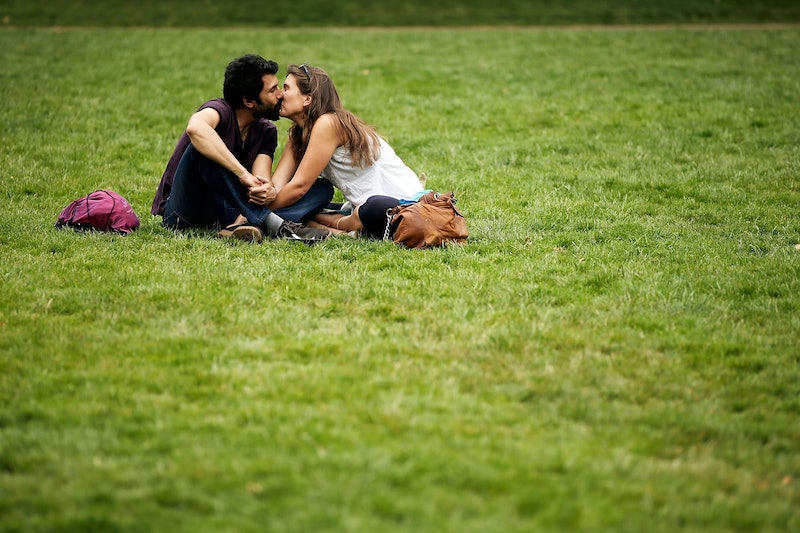 Remember the First Kiss YouTube video that went viral back in March where 20 strangers kissed for the first time in front of a dull grey background and we thought it was so romantic and artistic? Well, if you want to look at those kisses (or any kisses for that matter) through a less romantic and purely molecular lens, you'll learn that one kiss actually spreads 80 million bacteria between the people locking lips, through all sorts of fluid and skin-to-skin exchanges.

Super grossed out? Well, you shouldn't necessarily be. More often than not, the bacteria exchanged is perfectly harmless and actually promotes some bacterial diversity and immune resistance in our bodies. Studies also show that when two people are making out with each other a lot, they actually end up having the same types of oral bacteria in the long-term. Despite the fact that it's harmless, it can still be a little disconcerting to think about kissing on a basic level — you're putting your oral cavity on another persons oral cavity and exchanging spit, saliva, and bacteria all in the throes of passion. So why do we do it?

So even though it might seem a little weird, it can feel so right. Especially when you find that one person who is worth sharing those 80 million bacteria with.