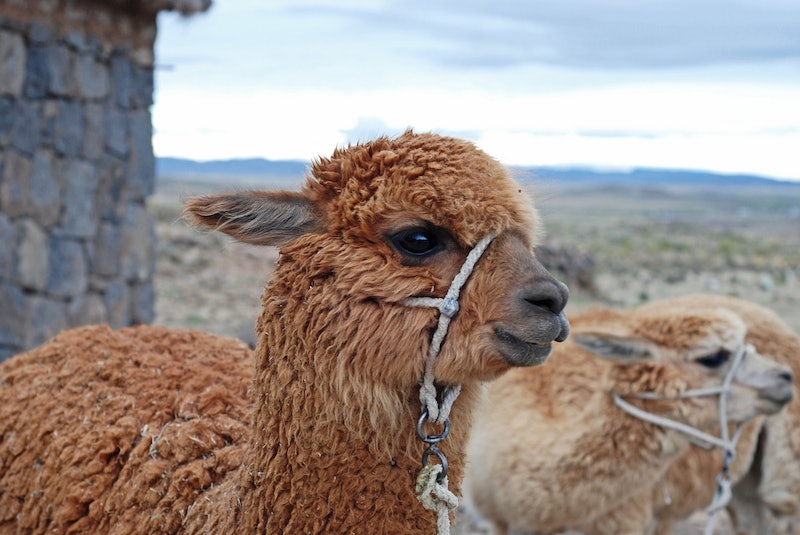 You’ve probably heard of therapy dogs, which are awesome enough as it is — but what I am about to tell you is a million times better: Therapy alpacas exist in Germany. For real. There is a video floating around on YouTube of them in action — and I don’t know about you, but I think it’s proof that we definitely need to develop a therapy alpaca program in the U.S. Because therapy alpacas.

According to the video’s description (which, happily, is written in English), the alpacas are part of the therapy program at the Mana Wedell Tagesfliege elderly care home in Berlin. They live outside in the garden, and every so often, they come inside for a visit with the home’s residents. The audio of the video itself, however, is in German — and unfortunately, turning on the Closed Captions option and setting it to “translate” resulted in captions so nonsensical that I don’t think we can even call them English. As such, I can’t actually tell you want they’re saying… but you know what? A picture really must be worth a thousand words, because you get everything you need to know from the visuals alone. Scroll down to watch the whole video—but the short version is that alpacas are just like therapy dogs. They like to watch TV:

They like to nuzzle your hands in the off chance that you have something tasty and edible hidden in there:

And they don’t seem to mind riding in elevators too much:

The video’s description notes that one of the elderly women featured in it says something along the lines of “They’re full of love.” Best thing ever? I think so. I mean, can you imagine opening your door and finding this adorable, fuzzy face smiling at you?

The benefits of therapy animals have been well documented; according to the Mayo Clinic, animal-assisted therapy can reduce pain, anxiety, depression, and fatigue in everyone from children having dental procedures to people in long-term care facilities. Safety and sanitation are obviously concerns, but most places that use pet therapy make sure that the animals are clean, vaccinated, trained, and screened for behavior. Also, in the U.S, the CDC has never received reports of any infections from animal therapy, so hoorah for that.

Although dogs are probably the most common therapy animals, they’re not the only type of creature suited to the job. The alpacas, for example, seem to take to it wonderfully; furthermore, we saw just last week how excellent kittens are for de-stressing and chilling us out:

Then again, maybe I just like animals in general. Either way, though, awesome.

Watch the full alpaca video below: