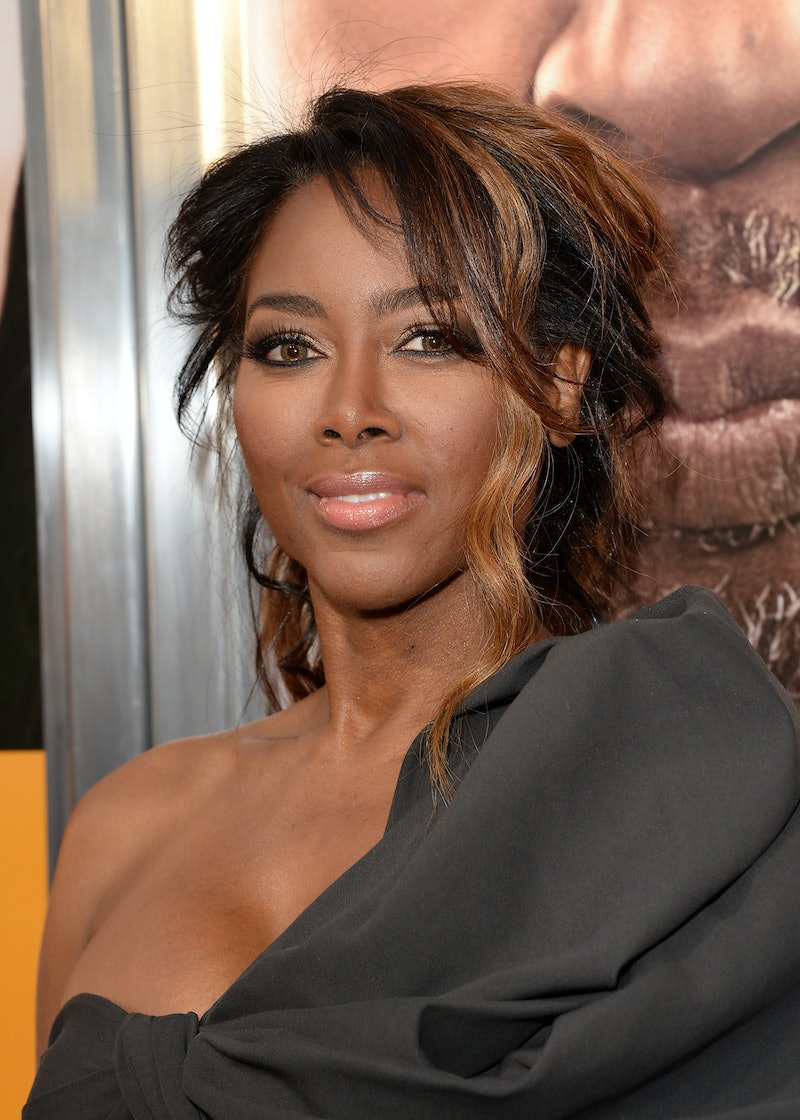 When it comes to stirring the pot, no one should be surprised that Kenya Moore is quite the multi-tasker. It appears that she decided to get an early start on implementing her pot-stirring techniques for her role on the upcoming season of Celebrity Apprentice. According to US Weekly, Moore revealed that her co-star Kate Gosselin shared a room with her bodyguard while filming the show. In the next breath, the Real Housewives of Atlanta star admitted that she's not so sure she should've disclosed that information. This supposed slip-up just goes to show that the former beauty queen will treat us to more of her awful behavior on Apprentice, but I doubt her usual antics will work in the boardroom.

Despite being an overall terror on RHOA, the twirling diva's likely gaining some public sympathy after Phaedra Parks' estranged husband Apollo Nida confessed to lying on Moore after repeatedly accusing her of making advances towards him for the past two seasons. However, if revealing personal information about her Apprentice co-stars is her way of forming alliances on the show, she'll likely return to where she's most comfortable—in the middle of drama and backlash.

As a self-proclaimed producer of films with million-dollar budgets, the sharp-tongued diva should be comfortable with calling the shots, which would work well if she's nominated to be team captain. However, there is the matter of teamwork, which isn't exactly Moore's area of expertise. Twirling is Moore's specialty but I have yet to see Trump issue an assignment that requires contestants to demonstrate how they're "Gone With the Wind Fabulous." Moore's only real advantage is her polarizing personality. The inevitable clashes she has with the other cast members will definitely make her time on the show interesting to say the least, but I'm prepared for every second of it to be just as irritating.