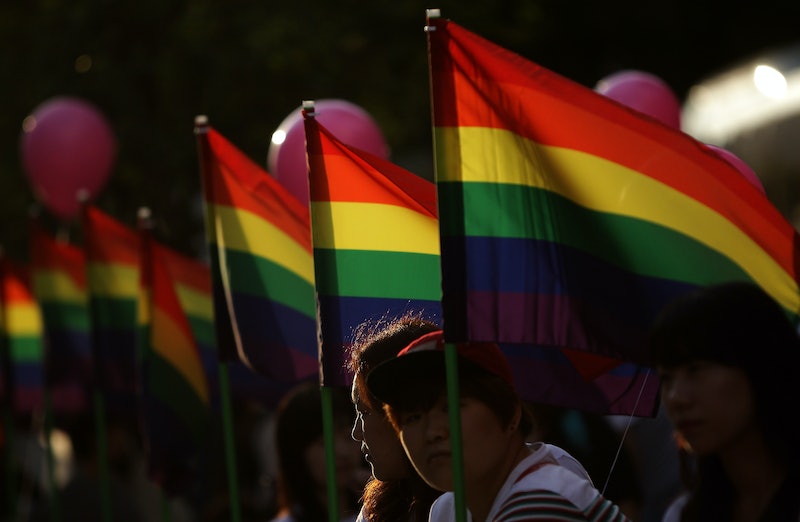 Do you believe in basic civil liberties for the gays but you're worried that if they get them, the entire community might form an army, hijack the heterosexual lifestyle, and turn the streets into glittery, rainbow safe havens for Subaru Foresters and Birkenstocks? Well then you'll be in good company with 2016 GOP Candidate Ben Carson who is warning the world that the gays want to redefine marriage and everything else, and the dangers of that are too real to consider giving them any sort of rights. When Larry King asks Carson why same sex marriage isn't a civil rights issue, Carson responds:

For me, it's not a big issue, I think any people can do anything they want to do, it's just that they don't get to redefine everything for anybody else...I'm very much a libertarian in the sense of believing "live and let live" but that goes in both directions and some people don't recognize that.

Assuming that anything he said actually made any sense, Carson is suggesting that people shouldn't be able to define anything for other people for whom a certain definition may not fit...oh wait, you mean what straight, cisgender, white people have been doing since the beginning of time for everyone else? What a wild notion!

The best part of the interview isn't even the absurdity of the answer but the extremely bored look Larry King is sporting the entire time. Watch the short clip here: