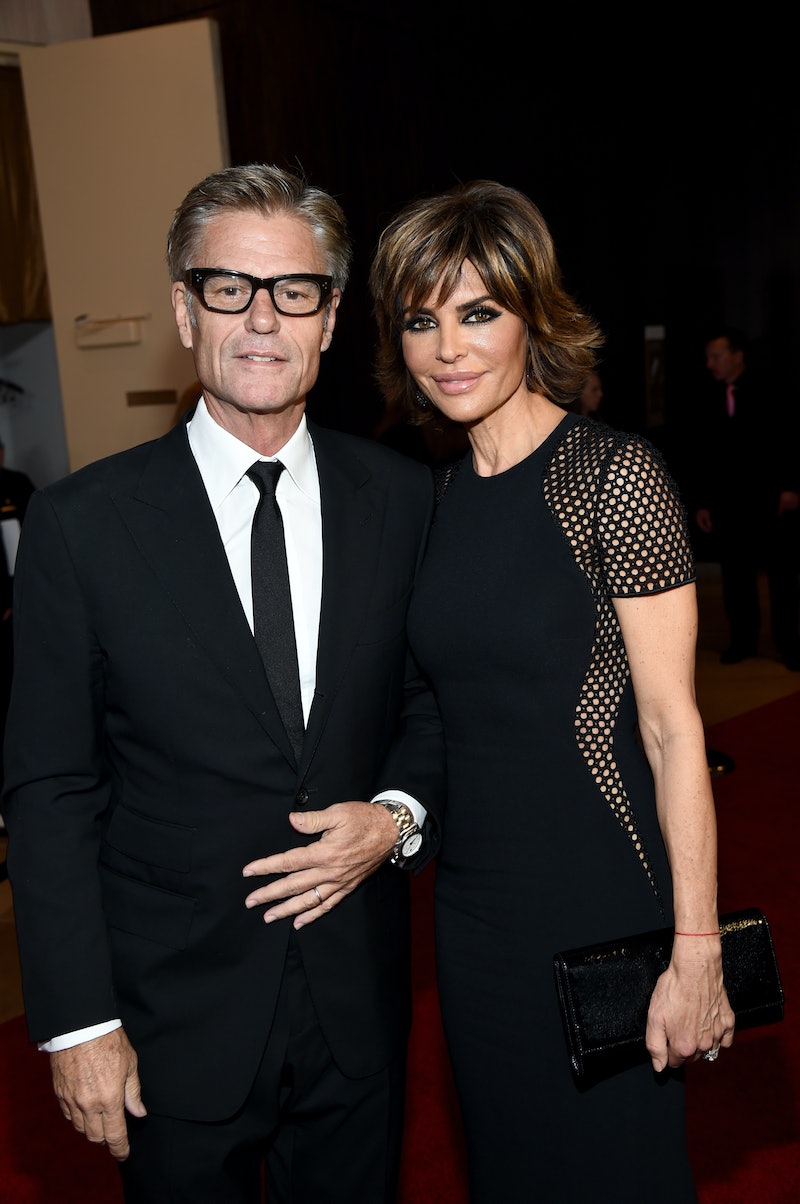 The best thing about new seasons of Housewives is meeting the new ladies — or at least that's what I think. The Real Housewives of Beverly Hills Season 5 will introduce us to two new housewives, Lisa Rinna and Eileen Davidson, and their families, which means that we'll also be meeting the two new husbands that will be to the group. Rinna has been married to actor Harry Hamlin for 17 years. The RHOBH are a little different from the rest of the franchises in that all of families are pretty successful, from David Foster's billion-dollar music career to Mauricio's real estate empire. Hamlin, as a longtime performer who is more than used to the spotlight, will fit in with the other accomplished husbands of RHOBH.

A Real Husband of BH has to be prepared for the worst. All of the shows have started incorporating the husbands more and more — at this point Peter Thomas or Jim Marchese actually deserve to have their own taglines — and their friendships or opinions about the ladies have made for some really great storylines. And while Hamlin is probably not going to be banging on bathroom doors or accusing Brandi Glanville of not being a good friend, hopefully he'll have his own take on the drama of the season.

Hamlin plays ruthless CGC executive Jim Cutler on the AMC drama. Otherwise known as Glasses!Roger, Cutler has been angling to take over the former SCDP (now Sterling Cooper & Partners) and now, with the death of founding partner Bert Cooper, he might actually succeed.

He Clashed with the Original Titans

Hamlin's first big movie role was in the original Clash of the Titans, the staple cheesy action movie classic. Hamlin was Perseus, the hero who defeated Medusa and the other creatures thrown in his path by classically trained British actors like Laurence Olivier and Maggie Smith, who were busy chewing the scenery as the pantheon of Greek gods over amazingly dated Ray Harryhausen effects.

Hamlin's biggest role was on NBC's legal drama L.A. Law , where he played a hotshot California lawyer. The show aired through the late 80s, and Hamlin quickly became so popular that he was voted PEOPLE's Sexiest Man Alive in 1987.

After the SMA win, Hamlin quit L.A. Law to pursue a movie career, which never really took off. But he'll always go down in history as one of the rarefied few to be chosen by the folks at PEOPLE Magazine. No other Real Husbands can say that.

More like this
‘RHOBH’ Newcomer Sheree Zampino Is Still Close To Ex-Husband Will Smith
By Brad Witter
Everything To Know About 'RHONJ' Season 13
By Brad Witter
What’s New On Netflix: A Victoria Justice Rom-Com & The Return Of David Letterman
By Arya Roshanian
What’s New On Netflix: The Return Of 'Bling Empire' & A Rebel Wilson Comedy
By Arya Roshanian
Get Even More From Bustle — Sign Up For The Newsletter