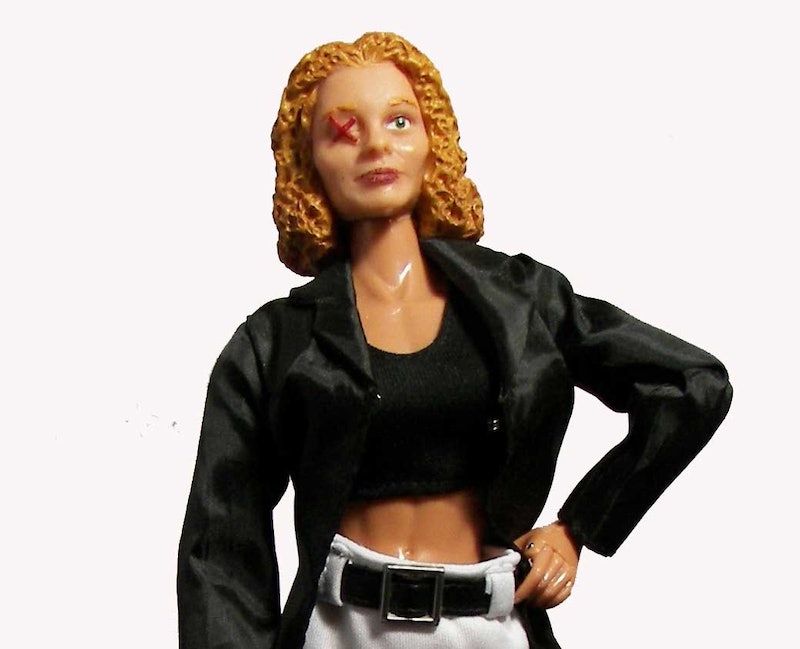 For those of you collecting Ebola merchandise, we have some good news — there is a new toy on the market that can be added to your assortment of offensive souvenirs! Introducing the Ebola nurse doll, modeled after Kaci Hickox, and created by Hero Builders, because there wasn't enough tacky and tasteless Ebola merchandise on the market.

It seems as though there have been three categories of Ebola merchandise so far: educational products that have been around even before the outbreak, painfully hipster Etsy crafts, and tactless products blatantly hoping to profit off of the media storm and tragic outbreak. Unfortunately, this doll falls into the last category, joining the widely criticized Ebola-nurse costume. The doll even comes with a "health certificate" claiming that the toy is “Ebola Free” (phew).

But this doll isn’t just cringe-worthy because it represents the portion of humanity that pokes fun at and takes advantage of human suffering just to make a profit. With its curly red-hued hair, this doll also bears a striking resemblance to Kaci Hickox, the nurse who made headlines by fighting back against Ebola protocol in Maine and New Jersey. In fact, how would we even know that this doll was a nurse if not for its resemblance to Hickox? Emil Vicale, president of Hero Builders, is claiming that any likeness was not intentional. He told TIMES “I don’t know who you’re talking about, I don’t know who Kaci Hickox is…This nurse’s name is Case-E. She bears no resemblance.” Hmmm...Kaci...Case-E...sounds similar.

Vicale is also claiming that Hero Builders was pressured into making this doll, even though they didn’t want to. He told TIMES, “We held out and tried not to make this Ebola thing, but the story just won’t go away…So it’s like we’re being pushed to make this toy.” Um, OK? This isn’t the first controversial situation that Hero Builders has tried to use for profit. They also offer a Rob Ford doll, with beer bottle, baseball bat, and cell phone accessories, as a well as a doll of the “World’s Sexist Criminal.” I’m finding it difficult to believe that this sleazy company was “pushed” into making an Ebola nurse doll.

So, here is a helpful piece of advice to all of you holiday shoppers out there. If the product is a gag gift that refers to Ebola, don’t buy it. If you see a toy that is a riff on any human suffering (including, but not limited to diseases, natural tragedies, genocide) put it down immediately. If you find a gift that you think is witty but you also have an inkling that it may be offensive, please just walk away. And there you have it…good luck shopping!