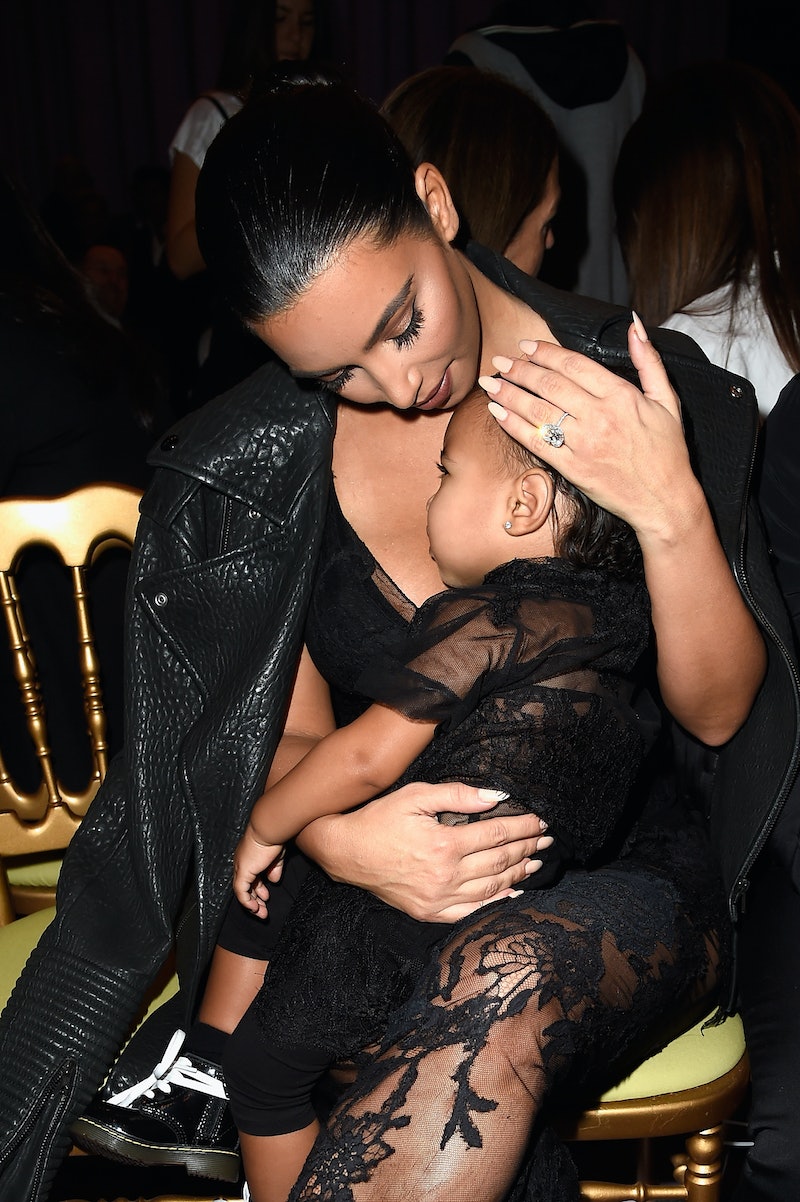 As the still-recovering Internet is largely aware of, Kim Kardashian posed nude for Paper Mag, and the release of the cover last week incited so much hate you'd have thought she was the au naturel devil incarnate.

The amount of vitriol Mrs. West received was utterly astounding and I can't help but take major issue with the specific arguments used against her. So in true form, let's address the most common of these and tear them to tiny bits, shall we?

1. Everyone has already seen her naked, so why would she think we'd care?

It's true that Kim isn't exactly the embodiment of modesty. We recall the sex tape debacle of 2007. So does Ray J.

She also posed nude for W magazine in 2011. More recently, full frontal images of the starlet were illegally posted in what's come to be known as "The Fappening."

What I'd like to remind all naysayers in question is that in both of these instances, the content was revealed without her consent. Even in the case of the W photos, Kim claims she thought her nude body would be covered with artwork.

This is the first time Kim's been able to exhibit her body of her own accord, maintaining control of the way in which she's portrayed. This is a right that all women should have to begin with, and while some claim that it was stupid of her to allow the video and images to be taken in the first place, I see no weight in this argument because again, Kim gave the people they were meant for explicit permission. Did she shoot you a text to let you know it was OK for you to peep the goods? Didn't think so.

This sentiment was echoed by Jennifer Lawrence in an interview with Vanity Fair when her own photos were leaked:

"Anybody who looked at those pictures, you're perpetuating a sexual offense. You should cower with shame. Even people who I know and love say, 'Oh, yeah, I looked at the pictures' — I don't want to get mad, but at the same time I'm thinking, 'I didn't tell you that you could look at my naked body."

Perhaps the most despicable argument against Kim's bare-all decision is that she is a mother to one North West, tiny ball of cute and purveyor of all that is baby chic.

This point is thrown like a dagger at many women who choose to expose themselves after giving birth; as though once a woman brings life into the world, it's shameful for her to be sexy or to be seen as physically appealing. As though every mother on the earth should be wearing sweatpants and hiding barefoot in her husband's kitchen like a domesticated vampire after having a little one.

If anything, it should be the opposite. I find it ridiculous. Whether you like her or not, what she did was art and it was beautiful.

3. The shoot had racist undertones; Kim is propagating exploitation.

It is a problem that the scene Kim's shoot re-created was exploitative of black women; there's no doubt there. But all things considered, it's highly unlikely that Kim is guilty of anything but obliviousness in this regard. French photographer Jean-Paul Goude, who took the controversial photos, has a history of contentious work and it's more than probable that he was the brainchild of this project.

Ignorance isn't an excuse, but anyone who wants to claim that Kim absolutely, positively set out to create art with malicious intent is reaching. It's also a stretch to label Kim as racist.

If it had been Beyonce who'd stripped down in the name of art, Queen Bey's loyal subjects would already be blowing up and framing the images in chronological order, prepping for eternal display in the sitting room next to hashtag Flawless posters and Blue Ivy snapshots. We're taking Kim's past and skewing something beautiful she created as dirty because she's not as popular a figure.

Love her or hate her, Kim doesn't deserve the flak she's getting. But hey, at least Kanye's good with it.

More like this
Sandra Bullock, Girlboss Extraordinaire
By Matt Harkins & Viviana Olen
Pete Davidson Mentioned Kanye West & Ariana Grande In His Last 'SNL' Sketch
By Grace Wehniainen
Amy Schumer Is Actually The Other Kardashian Sister You Never Knew About
By Jake Viswanath
Kim Kardashian Remembers Her Last Words To Death Row Victim Brandon Bernard
By Jake Viswanath
Get Even More From Bustle — Sign Up For The Newsletter