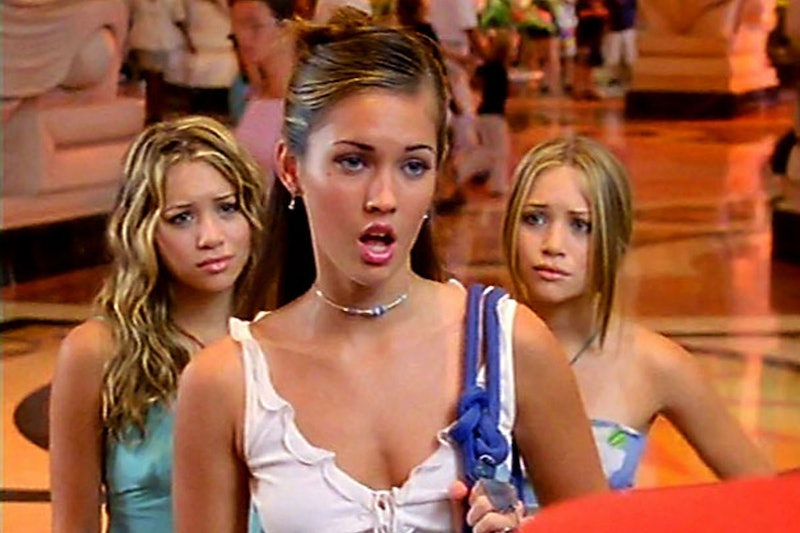 It's an argument that launched a thousand ships — that is, a thousand varying opinions. Which is the best Mary-Kate and Ashley movie? Now I know what you're thinking, "How can I even begin to choose?!" And it's a valid concern. With such classic offerings as Billboard Dad, Passport to Paris and the Kristie Alley-led It Takes Two, it's near impossible to decide. But if you really take your time to luxuriate in all the options, the answer emerges entirely clear: Holiday in the Sun.

For the uninitiated — who, let's be honest, is none of you if you are taking the time to read this page — Holiday in the Sun follows Madison and Alex Stewart, who are whisked away by their excessively wealthy father for a family vacation at Atlantis resort in the Bahamas. That's basically all you need to know to enjoy the film. Yes, there are three love interests (hand curated by the twins themselves), one silver-spoon goodie-two-shoes (played flawlessly by a young Megan Fox), and a mystery surrounding priceless stolen antiquities. You know, the usual.

So while I've already offered up an abundance of reasons to love the film, here are 55 more reasons why G-rated Holiday in the Sun is the best Mary-Kate and Ashley movie, hands down.

I, too, want to be surrounded by a gaggle of preteens with frosted tips.

The Bueller-esque quality of the classroom scene

Who has time for photosynthesis analysis, really? There are beaches to lie on.

An accessory every 15-year-old girl needs.

You wished you could be that nonchalant about epic vacations.

The best usage of Weezer's "Island in the Sun" ever

The girl group singing in the "club"

Who looked like they were extras on Zenon: Girl of the 21st Century.

And saying things like: "I'm so tired of these lavish winter parties... and enjoying the good graces of my affluent father."

It features artsy angles and angsty black and white shots

It features the best line in all of cinema:

"So Brianna, it just wouldn't be winter vay-cay if you didn't hook up with the cutest boy on the beach, who's it gonna be?"

Their perfect and flawless lipgloss

Their super cliche but romantic dates

When they're all "Cultural appropriation? What's that?!"

Not just for European cobblestone streets!

Seriously, there isn't a single person (including the guys) who aren't wearing a crop top at some point in this film.

As if there was anywhere else you'd want to spend winter vay-cay.

The Parents Trying to Be Cool

But inevitably being parents

Lines like this: "Did anyone ever tell you, that I am going to kiss you?"

No, but that would be really creepy if they did.

"You're hot, come be in my movie" — is how I imagine the casting process took place.

Using Walkie Talkies as a legitimate means of communication

Griffin Being the Worst Wingman in the World

But Also Sort of the Best

Though the excess of bikinis and flirtation made you feel like you were watching a teenage PG-13 flick.

The coolest Date in the world

That quickly turned into the absolute worst

But somehow Jordan made cutting up dead fish seem sexy.

The "Having Your Cake" Argument

And the "Making Your Bed" Argument

The Chad will never understand.

It could happen to you!

And that greasy hair.

When Jordan sings a song dedicated to Alex

The black and white cutaways of locals

That were both confusing and added nothing to the artistic merit of the film.

And the underlying message of the importance sisterhood

And snagging a really hot guy for Winter vay-cay