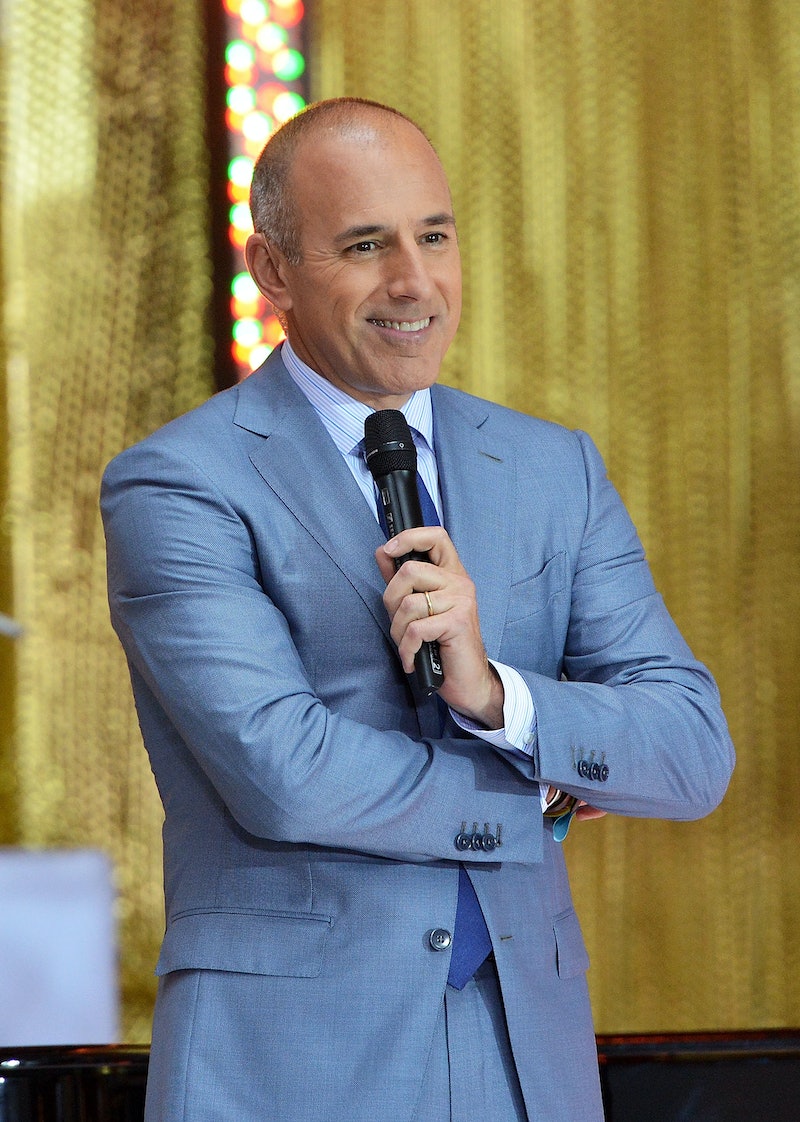 Apparently, Today show co-host Matt Lauer didn't get the memo that you don't mess with One Direction fans, especially when you equate one member's absence with drug abuse. During a Monday appearance, Matt Lauer interviewed One Direction in Orlando, Florida, but Zayn Malik was missing. Obviously, Lauer questioned Malik's absence. Per fellow band member Liam Payne, "Yea, he's got a tummy bug, so he's not very well at the moment, so he couldn't make it."

Liam, there’s obviously a lot of concern. A lot of fans have been tweeting overnight. There’s been a lot of action on social media about him. Is it something more serious than just a minor illness? There have been rumors of substance abuse, what’s going on?

Payne immediately responded, stress-free might I add, "No, he’s just got a stomach bug. He’s OK. He’s just at home. He just needs to rest." Lauer then moved on from from the conversation, but let's just say 1D fans were not happy — and by not happy, I mean furious. Not only did they boo Lauer for his question, but they've been taking to social media to express their distaste for the news anchor.

So, where did Lauer's inquiry stem from? Maybe it has something to do with Malik allegedly smoking weed, but that was months ago. Whatever the case, fans felt it was too personal, invasive, and disgusting to think Malik is on drugs because he is home sick. Did Lauer go too far? Was he just doing his job as a reporter getting into the alleged unpleasant details?

As a reporter, Lauer was doing his job, but to insinuate someone has a drug problem is just not cool. Also, some might see it as a poor move, especially since Malik wasn't there to respond or defend himself. I can see both sides, but one thing does remain certain: Malik and One Direction have quite the invested fans willing to go above and beyond to defend their band.