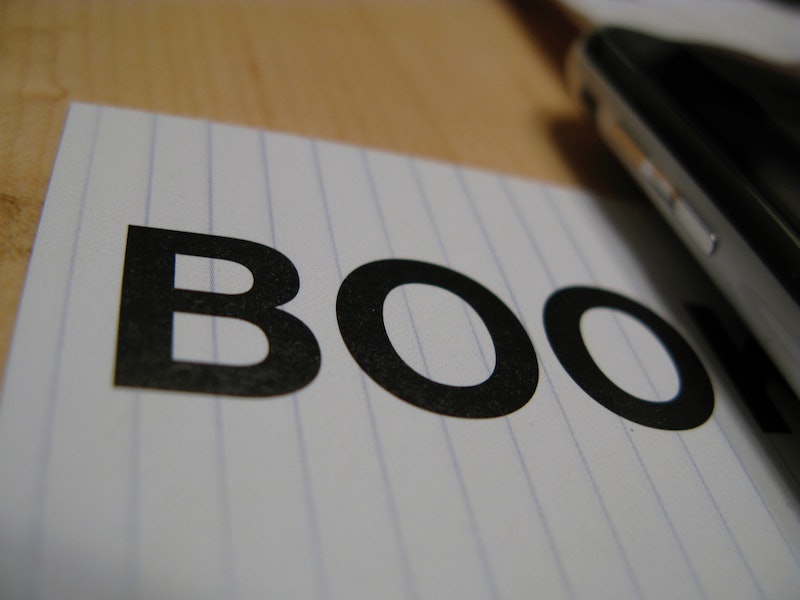 Usually we expect books to be the center of the news, but recently, book reviews themselves have been grabbing headlines. Take for example the controversial case of Kathleen Hale, who rented a car to confront a book blogger who'd given her a negative review, and wrote an essay about it in The Guardian. Or Alice Hoffman's Twitter-rant in reaction to an unfavorable writeup in The Boston Globe. Trolling has picked up as well, and a place like Goodreads has become ground zero for vitriol-spouting.

None of these reactions solve anything, nor prove a point. There's certainly a place for constructive criticism in book reviews, and as an adult who puts words out into the world, I understand that sometimes we all just have to pull on our big-girl pants and face the heat. But, bottom line is the business of book reviews is a complicated beast. That's why it's refreshing to see an author who has a healthy relationship with her critics.

Last week, I ran across a Goodreads post by YA author Maggie Stiefvater. She was responding to questions about reviews: Does she read them? How does she deal with the bad ones?

Even if you've never read one of Stiefvater's books, you've probably heard her name. With the release of her new novel, Blue Lily, Lily Blue , and the announcement that Focus Features is adapting The Scorpio Races for film, she's basically winning 2014.

Besides being super-talented, Stiefvater has a very clear idea of her purpose as a writer, simply stating, "I read reviews because I want to be a better writer ... when I'm reading reviews, I'm just looking to see if I am doing my job."

No story is too strange if you tell it right. And the only way to know if you’re telling stories in a way most readers understand is to listen to the readers.

This perspective shouldn't be surprising. (Most) authors want to tell a story, and readers want to get lost in it. Although not every writer believes her primary job is to make sure the audience picks up what she's putting down, those that do view criticism as a necessary part of the writing process.

Michael Seidlinger, author of The Laughter of Strangers, made a statement similar to Stiefvater's in a Flavorwire interview, saying, "I look for a cue, something that pulls out the valuable nuggets from even the most negative criticism. I look for something constructive."

Some, like the literary luminary Virginia Woolf, claim that taking criticism too literally turns one from an artist into a professional writer. Stiefvater sees it differently:

There’s a longstanding history of authors writing stories only to please themselves, and I’m not going to say that’s wrong. But for me, writing has always been performative. I get a burst of enjoyment from creating the story, and a second, equally large burst from sharing it with readers.

This warms the cockles of my heart. As a writer, I can only hope to be open-minded enough to put constructive feedback to good use. Nobody, including Stiefvater, is saying that it's easy to hear your work criticized. It's like hearing a stranger call your baby ugly.

But a well-written, thoughtful, articulate critique has the potential to make the story better, and isn't that what we're all striving for as writers? The best thing we can possibly write?

"No adult author writes for praise alone," says New Yorker contributor Maria Bustillos in her article, "Much Ado About Niceness." "Surely any serious writer writes because he has an urgent message to impart, one that he hopes will be of some use to the reader."

Whether an author views writing as a job, a form of artistic expression, or both, getting the story into the hands, hearts, and minds of readers is the end goal. For Stiefvater, reading her reviews helps her determine if she's telling the right story. Maybe if we all take a step back and read (or write) reviews with Stiefvater's simple perspective in mind, we'll ultimately write better books... and keep ourselves together in the process.