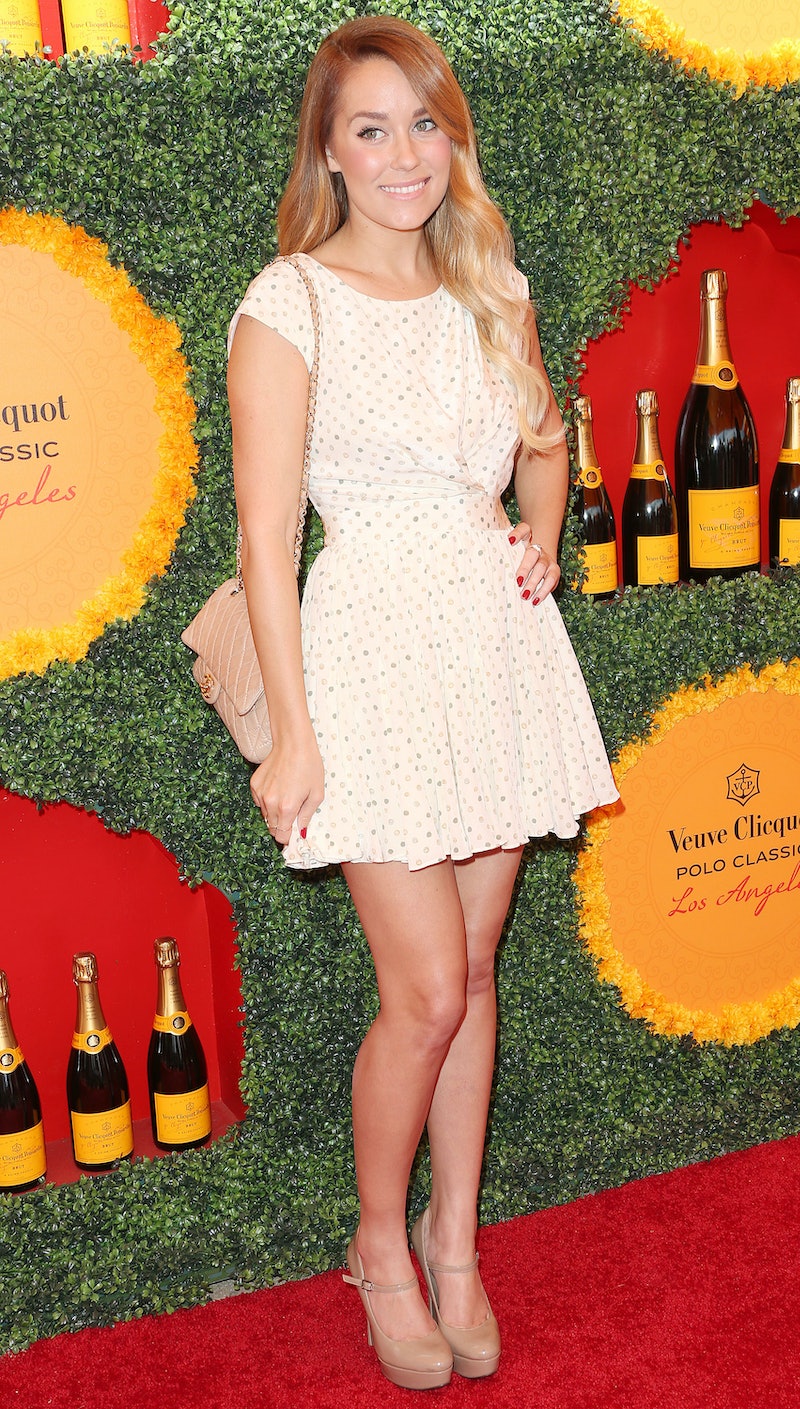 Ever since The Hills ended I know that everyone's been wondering what is Lauren Conrad up to during every moment of her life? I just sit for hours sometimes, staring aimlessly out a window thinking, what is LC doing right now? Is she hanging out with Lo or attending a business meeting? When does she squeeze in a salad or some fro yo? Thankfully, US Weekly has come to the rescue. Earlier today, they published a rundown of Conrad's average day, or as they call it, "a glimpse into her new drama-free, meetings-filled life." Buckle your seatbelts, it's thrilling stuff.

The title says it all, "Lauren Conrad: See an Hour by Hour Recap of an Average Day in Her Life!" Hour by hour?! It's like 24 all over again! Except this time Jack Bauer has great hair and combats terrorism by designing shoes.

We learned a few things from this play-by-play in Conrad's life, like apparently she cooks ridiculously elaborate meals for herself with multiple courses and fancy cheese. If only The Hills could come back so we could watch this roller coaster ride of excitement as it unfolds!

For now, Conrad's words to US Weekly and some GIFs will have to do.

Ready to start that fascinating day.

8 - 9 a.m. : Work on and approve blog posts from Team LC for Laurenconrad.com.

9 - 10 a.m. : Review the latest shipment of LC Lauren Conrad shoe samples for Kohls. Make notes on changes I'd like to see for the next round of samples.

Probably how it happens.

1:15 - 3:15 p.m.: Style all the looks for the Paper Crown Look Book shoot tomorrow. Grab a sample from the office to wear to a Malibu Island Spiced event I am hosting later in the week.

6 - 6:45 p.m. : Cook dinner. (Chicken in an artichoke heart and white whine sauce over gluten free pasta paired with my favorite salad, arugula and parmesan cheese dressed with lemon juice, and a side of heirloom tomatoes and burrata cheese.)

Because that is a completely normal meal for a person to cook themselves on an ordinary day, not something straight off the menu of a 5-star trendy bistro.

Better enjoy that gourmet meal you worked so hard to make on a linen tablecloth with candles and a violinist.

One walk all day? Those dogs must be excited to see her.

After a day like that, she's gotta be exhausted. I mean, a whole two hours of styling! And so ends a day in the glamorous life of Lauren Conrad, where chicken is so small, it can fit inside an artichoke heart.