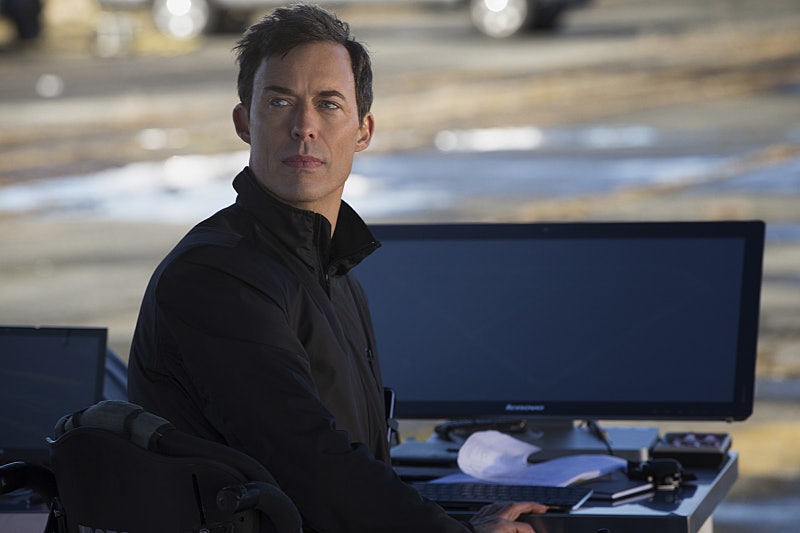 We know that Harrison Wells is willing to kill in order to protect Barry Allen and his legacy, but how far does his darkness really go? Would Harrison Wells be willing to kill Barry's mother to put him on the path to greatness? Well, that depends on which direction the writers decide to take Wells. The next episode of The Flash has Detective Joe West asking Wells to help him solve the murder of Barry's mother, Nora. If Wells is the good guy I want to believe he'll ultimately be, he will have no problem helping Joe solve the murder. But, things won't be that easy.

Futhermore, I get that Wells is brilliant and skilled in the fine art of lying. But, we know Joe West is aces as a detective and if he gets closer to Wells that means Wells may need to cut out on all his odd foreshadowing and any inconsistencies to keep his true motives a secret.

One of the most popular theories states that Harrison Wells is Professor Zoom. If he is involved in Nora's death, it is imperative that he helps in solving the murder case so he can cover his own tracks. Making Wells Professor Zoom and thus, Nora's murderer would really upset the dynamic of the show very early on.

This isn't to say I don't think Wells isn't involved in her murder. If there is one thing we are sure about on the show, it's that Wells has very intimate knowledge of future and past events. I believe that, at the very least, Wells had knowledge of Nora's murder but chose not to stop it because it would disrupt the timeline and Barry's future as The Flash. Making him not just aware, but complicit, in her murders would tip him over into full blown villain territory.

It's one thing to kill someone like Simon Stagg to protect to Barry; it's another thing to kill his mother. Wells has proven that he's interested in making sure Barry's legacy remains intact. Unfortunately, a cornerstone of Barry's motivation as a superhero and belief in the fantastical stems from what he witnessed happening to his mother at such a young age. (It would be nice if more superhero shows would drop the dead mother or wife routine to give the male protagonist angst, but the show succeeds on other levels so I won't harp on that unsavory detail.)

Considering the tendency for a flashback or startling reveal when it comes to Wells, I'd expect the writers will show his hand or at least hint one way or the other in regards to his involvement in Nora's death. Again, I'd bet good money he knew what was going to happen to Nora, but didn't have a direct hand in killing her — unless the writers are setting him up to be a villain. In that case, be prepared to see him as Professor Zoom or even Vandal Savage, folks.

We know Wells has certain moral lines he won't cross especially if they interfere in his longterm goals. This was evident when he cut ties with General Eiling in the flashback revealed last week to protect Gorilla Grodd. Yes, we've seen him kill in order to protect Barry and lie to friends and enemies, but I still can't fully write him off as evil despite the popular fan theory that Harrison Wells is Professor Zoom. I think the writers are setting him up to be far more complex. But what that means about his own plans for our beloved new superhero have yet to be revealed.