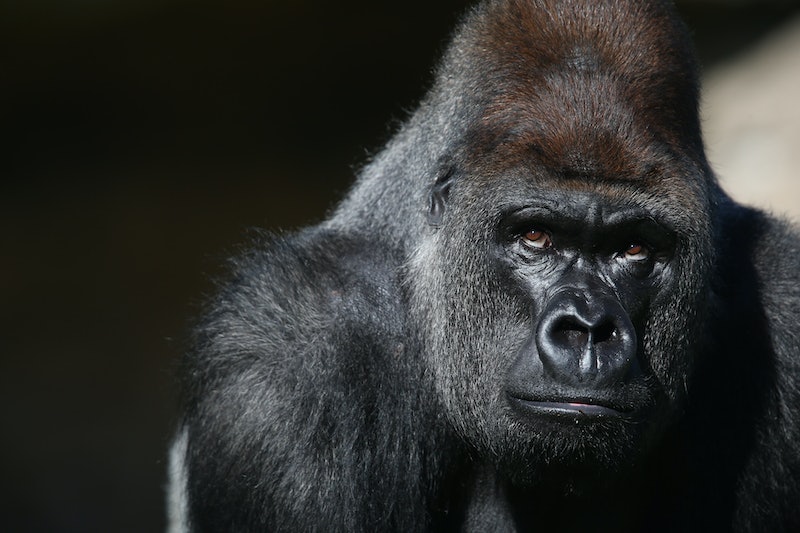 There's almost too much to get excited about on The Flash these days. Firstly, there are all of those insane teases about Harrison Wells' agenda. Then, there was Felicity's visit to Century City in the fourth episode of the hit CW series. Now, after a fun little nod to Grodd in The Flash pilot which showed just an empty cage with Grodd's nameplate at S.T.A.R Labs, loyal fans (including myself) received a huge gift from The Flash writers: A full-blown flashback was given to Grodd and the experiments done by Wells and General Eiling to create the super villainous ape at the tail end of last Wednesday's episode of The Flash "Plastique." But according to Plastique, it's been five years since the experiments were done by Eiling and Wells, so what happened to Grodd on The Flash in that time? Whatever the answer is, it can't be good because eventually Grodd will return and wreak havoc on Century City and Barry Allen.

The series' version of Grodd's origin story is certainly different than his comic book canon; in the show, we are so far led to believe that the tests done years ago by The General and Wells gave Grodd his mental powers including extreme intelligence and telekinesis or, if the writers choose to stay a little more loyal than that, heightened the powers he already received thanks to the alien spaceship that crash landed in his home in Africa. But we also know that in the pilot his cage is not only empty but almost looks like it has been ripped open. So where is the future super villain now?

One possibility is that Wells kicked the General out and stopped their experiments but then continued to do his own in the years before the particle accelerator explosion. Wells could have left Grodd in his cage when turning on the accelerator and the gorilla was affected like Barry, giving him his final bit of powers. He then tore open his cage and disappeared, possibly underground, to bide his time, develop a hatred for humans, and eventually come back above ground to wreak havoc on the city.

While logistically a little more difficult, there is another theory. Perhaps Wells was really quite serious when he said he had a much different future in mind for the gorilla. Maybe instead of allowing Eiling to do his experiments and one day killing Grodd thanks to all of the intense damage he would probably put him through, Wells decided to keep Grodd for himself and turn him into the super villain that would one day face Barry. We still don't know Wells' agenda but in this recent promo for upcoming episodes of The Flash, Wells makes it very clear to someone that protecting Barry and helping him become his future alter ego is the most important task for him. So perhaps he believes that creating Grodd and helping Barry defeat him will help him secure the future that had already been hinted. It would also make sense as to why Wells is hoping to push Barry to go fast and train harder in the promo above.

It's unlikely that The Flash will reveal Grodd just yet but when the time finally does come, one thing is for certain: Things in Century City will never be the same. If team Flash thought meta-humans were bad, wait until they all meet Grodd. And wait until they find out who is responsible for his creation. I'm thinking Barry, Caitlin and Cisco will have quite a few questions and angry words for the frustratingly mysterious Doctor Wells.