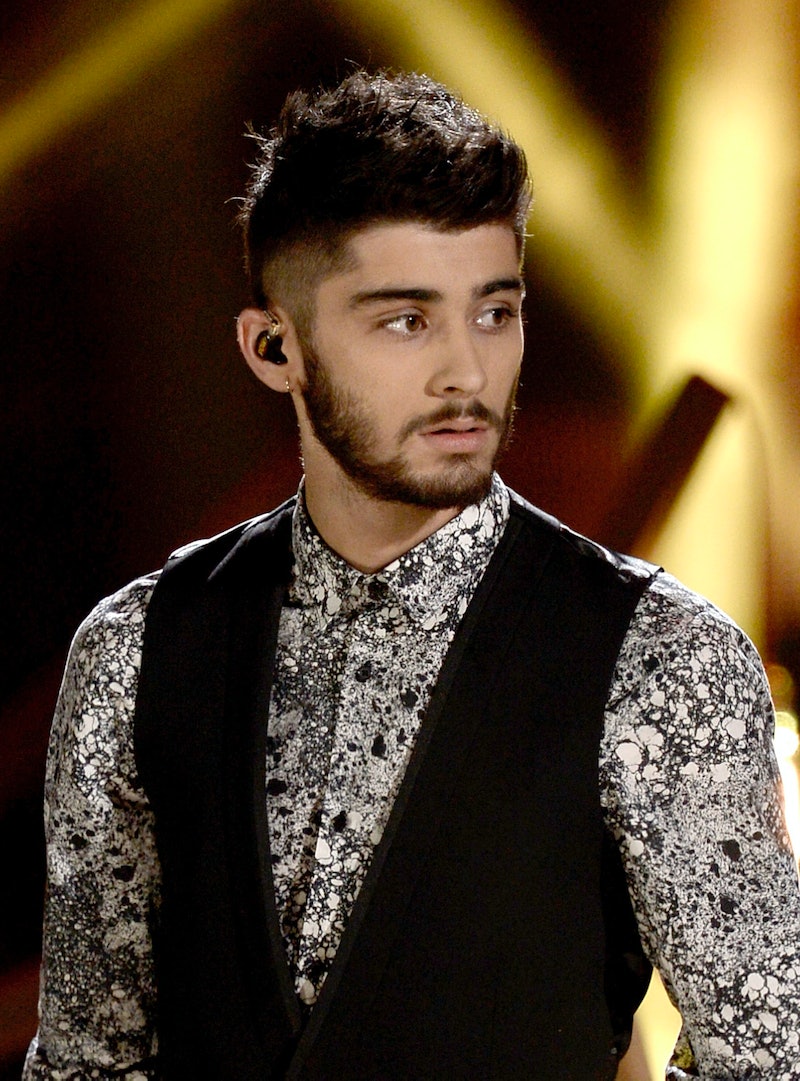 Matt Lauer may have wanted to stir the pot, but Zayn Malik made sure his insinuations didn't have the time to cook up anything that would tarnish his image. If you haven't already heard, One Direction appeared on the Today show without their fifth and most beautiful (in my humble opinion) member on Monday. The lack of Zayn was almost too much to bear for some, namely Lauer who tread highly uncomfortable waters and not only asked the remaining One Direction members where Malik was, but pressed further, asking if Malik had a drug abuse problem alluding to some social media rumors.

As Us Weekly relays, Lauer asked, "There's obviously a lot of concern, a lot of fans have been tweeting overnight. There's been a lot of action on social media about him. Is it something more serious than just a minor illness? There have been rumors of substance abuse. What's going on?" To which Liam Payne replied, "No, he's just got a stomach bug. He's okay. He's just at home. He just needs to rest. He's okay." Say it with me, everyone: Awwwkwarddddd.

But, it's totally cool guys, because Malik spoke out and defended himself and expressed his resentment without taking down Lauer in the process. According to The Sun, the 21-year-old said, "I'm really angry and upset by what was said on the Today show. I was really ill at the weekend. That's why I couldn't fly to America. As soon as I'm feeling better I'm going to join the guys and carry on with the promotion for the album." See? A perfectly logical explanation and he didn't even tell Lauer to bite it once. While I hope that if Malik is, in fact, suffering from a drug problem he'd seek help, just because there were rumors does not mean that there is any truth to them.

Malik's classy reaction is just one of the various ways "the boys" — I think that's what the kids are calling them these days — respond to criticism or rumors in the press. If you recall, Malik and Louis Tomlinson got into a bit of trouble when they were allegedly caught smoking marijuana and Payne, who is apparently also the band spokesperson, apologized for them, but also called out a reporter and wasn't as even-keeled as Malik was about it. According to The Daily News, Payne said,

Just read a Daily Mail article written by Jan Moir some of which I totally agree with but some things you are far off your game my friend. Thank you for your lovely words Mrs. Moir sorry we let you down so fantastically maybe next time a little research is in order. Like so many writers before, consistently get things wrong looking down their noises thinking they are oh so right...

Depending upon the rumor or insinuation, sometimes the band members forgo the criticism of personal comments altogether and have their rep comment for them. This was the case with Harry Styles when gossip spread over whether or not he was leaving the band for a solo career and instead of addressing the rumors himself, the band's rep quelled the rumors by speaking to to E! News: "There are no plans for Harry to release any solo music at this time, any writing that he is doing is for potential One Direction songs. It’s common knowledge that the boys write separately and bring to each other for the album.” Straight to the point and cutting without getting your hands dirty. I like your style, Styles.

More often than not though, One Direction knows how be respectful and cordial all on their own as Malik did with the Today show drama. Case in point, Style's sweet and mature reaction to being the muse behind some of the songs on Taylor Swift's new album, 1989, saying, "We write from personal experience, and I think everyone does, so it would be hypocritical of us to be like, 'Oh you can’t write about us.' And they’re really good. They’re good songs. So I’m really lucky in that sense." The One Direction members are all young guys, but they usually are pretty apt at handling themselves in the press. Good on them.