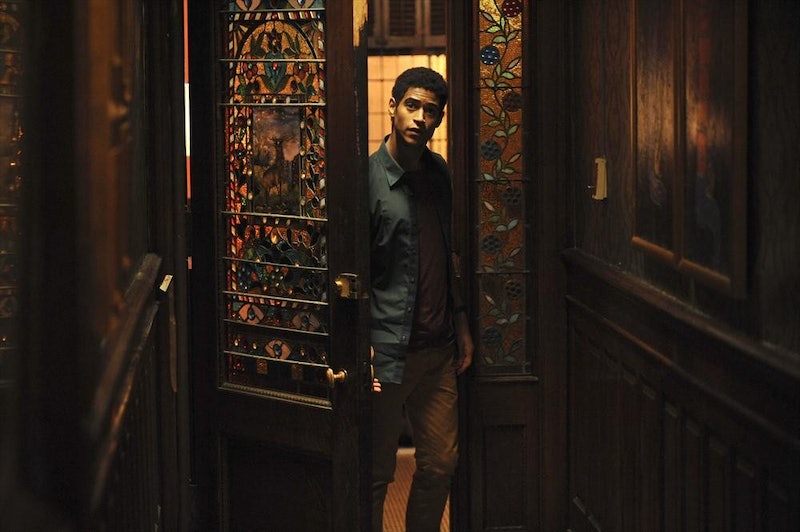 I don't think I've enjoyed a new show as much as I have How To Get Away With Murder. Not in a long time, anyway. I don't care so much that the ABC series is at times hilariously unrealistic. I am practically bubbling over waiting to find out who killed Sam Keating. I'm even interested in who killed Lila, but mostly out of frustration. At this point, I want to sit all of the HTGAWM characters down and have them close their eyes until the murderers own up and raise his or her hands, Elementary School teacher-style. The "Lila Stangard Hour of Revelatio"n barely revealed anything at all! Thankfully, we should have some answers soon. This Thursday night's upcoming episode, the winter finale, is only the ninth of the season, which shocks me. It seems like I've been watching this show for ages, not just a little over two months! I've watched each episode so many times, looking for more Blue's Clues, that this hiatus is going to be rough. When does How To Get Away With Murder come back? Luckily, I have an answer for you, and I am not going to draw it out in a series of flash-forwards and side glances. HTGAWM will return to ABC on Jan 29, 2015. That's not too bad, is it?

ABC has ordered fifteen episodes of the freshman series. That's a full season order. I would say that, considering the popularity of the show, they could easily expand to 22, which is the typical full season for a network drama in the US. However, with such a tightly constructed plot, the vision for the series may be disrupted by an additional order. In fact, we also know that the two-part season finale will air in February. I'll go ahead and cancel my prayer circle now.

Though, you know what? If American television wants to follow the British model of short seasons, I'm all for it. As long as everyone is still gainfully employed, I'll take quality television over quantity any day.

More murder mysteries, I hope! I feel like even though we will finally see Sam's death, there will still be a lot of unanswered questions about both cases. Rebecca's trial hasn't even begun yet, and with Sam "missing," it's going to get messy. We don't know what's going to happen with Connor and Oliver. We don't know how Frank is going to get involved, now that Laurel has shown him the trophy and asked for his help. We haven't found Michaela's wedding ring. We don't know, quite plainly, how the Keating Five are going to get away with murder. There's still the possibility that Sam Keating won't be the only one who doesn't survive the winter finale.

Michael Ausiello shared to his TVLine readers that Wes' mother's suicide is significant. We'll also see some exciting guest stars. Marcia Gay Harden has been cast in a mysterious arc. Since lips are tight on what her role is, I'm guessing she'll be playing one of the Keating Five's relatives. Maybe Mrs. Millstone, Asher's mother? Or, she could be the "Addison Shepherd" to Prof. Sam Keating's "McDreamy" — by which I mean his first wive whom he cheated on with Annalise.