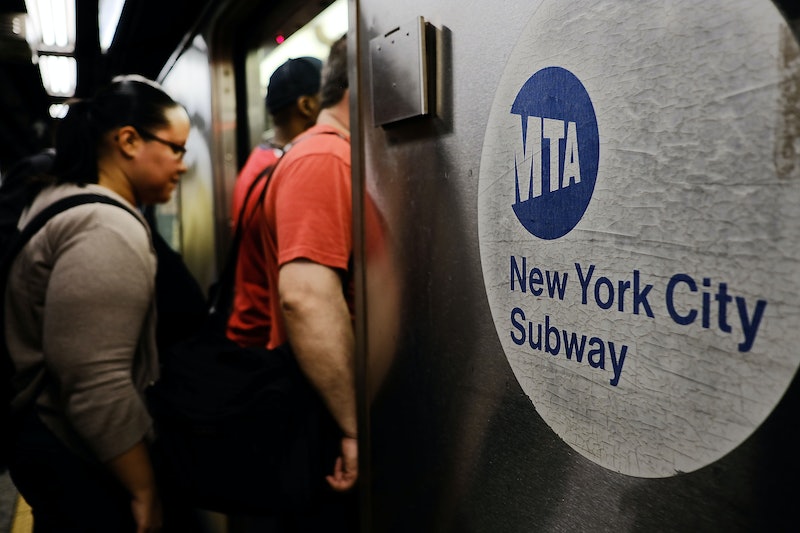 If you take public transportation or keep a close eye on what topics the Internet is fascinated by, then you have heard of man spreading. Man spreading, for those of you who don’t know, is when men take up too much space on the subway, splaying their legs out just because they can. Luckily, it looks like the golden age for these inconsiderate gentlemen may be coming to an end, as a new MTA campaign will target man spreaders and others who take up too much space on the train. And while most of us would like a campaign that simply targets the guys who seem incapable of closing their legs, it is officially a MTA campaign addressing courtesy on public transportation. It will even ask riders with massive backpacks to put their bags on the floor during rush hour.

The awareness campaign is set to launch around January, when the New York subways are at their most crowded. MTA spokesman Kevin Ortiz told amNew York that the campaign will be “something new, something fresh," though he also told the Gothamist that "any public information campaign would look like our other campaigns." Basically, expect more of those plain signs featuring a gray man-shaped figure learning the ins and outs of the subway.

Currently, taking up more than one seat on the subway is technically punishable with a $50 fine. However, if blogs like Men Taking Up Too Much Space On The Train and Saving Room for Cats have taught us anything, it’s that man spreading is alive and well. Last August, Bustle writer Gabrielle Moss tried sitting like a man on public transportation for a weekend and concluded that to fix the problem of man spreading, “we need a public shaming campaign undertaken by the transit system itself.” Well, hopefully this courtesy campaign will do just that, and encourage the men of NYC to finally shut their damn legs.