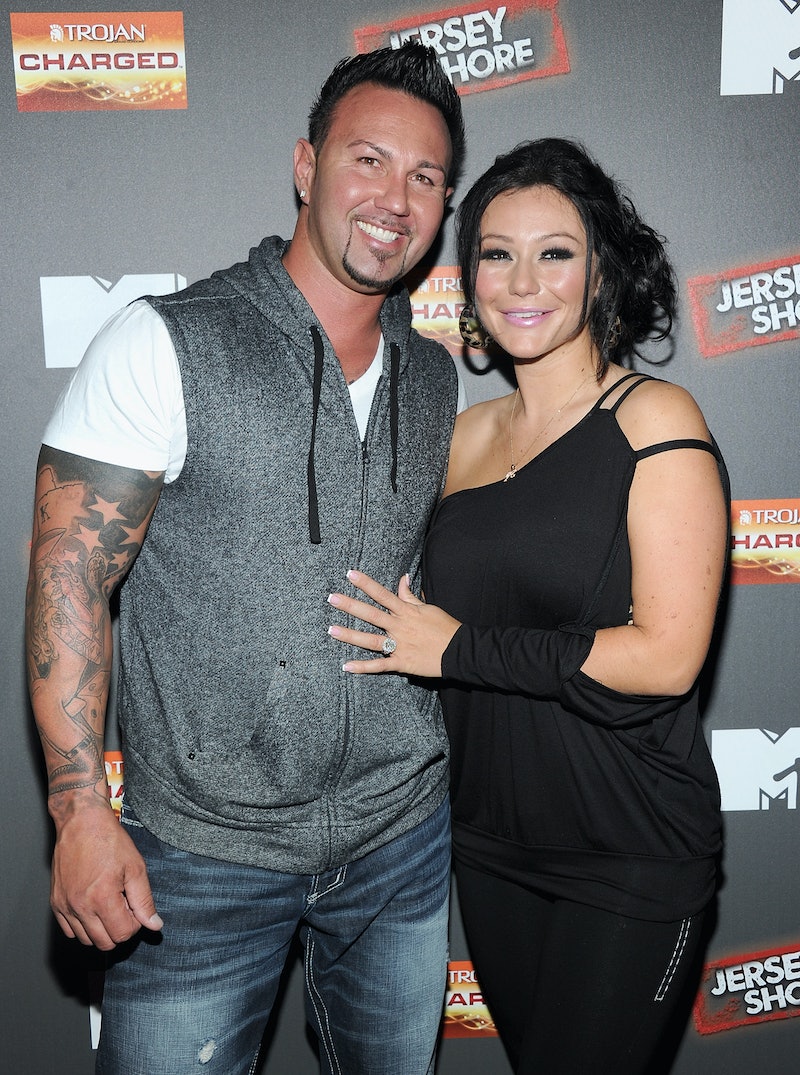 Roger Matthews, partner of JWoww, father of Meilani, owner of gargantuan biceps, could easily be the tallest of the Jersey Shore-affiliated gorillas. But how tall is Roger Mathews, exactly? While Ronnie Magro and Jionni LaValle are basically the dude versions of meatballs, Roger towers over them. Rather than a meatball, Matthews is more of a meatloaf — longer, wider, and great with a side of mashed potatoes (just humor me with that last one, guys).

As WetPaint.com reports, Matthews told NorthJersey.com that he was "6-foot-3 or so." Unfortunately, we can't confirm that Roger actually said this because the interview from which the Shore star is quoted is now defunct. DRATS! What are we, as probing members of the public, to do at such an impasse? Also, how do we know for sure that he's not embellishing just a little with his stature?

Easy! We can just use JWoww as a point of height comparison. According to Healthy Celeb, the eponymous Snooki & JWoww star is 5'7", which would leave a good eight inches of height between she and her partner if Roger's height is true to the report. Considering that he always appears taller than her in public appearances — even when she's obviously wearing height-enhancing footwear — there might be some truth to this tidbit of information.

Factoring in a pair of what are sure to be 6-inch stilettos (I mean, we are talking about JWoww here) Farley stands at 6'1". That would leave two inches between her and her bae.

Considering the fact that he needs to hunch slightly to be eye-to-eye with Farley, I'd say that 6'3" sounds about right. Use this crucial information wisely.